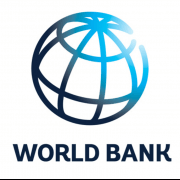 The World Bank stands ready to support Myanmar's efforts to help its people in times of disaster, said an official of the international financial institution.

Ellen Goldstein, the bank's country director for Myanmar, Cambodia and Laos, said World Bank projects in country will improve its ability to respond when disasters strike.

"With Myanmar being one of the most disaster-prone countries in the world, and the threat of climate change increasing, this project will proactively help the country prevent and minimize risks so Myanmar is ready when a disaster strikes," she said Tuesday at the launch of a two-day workshop for its Myanmar Southeast Asia Disaster Risk Management Project.

"The World Bank looks forward to supporting Myanmar's efforts to respond and recover quickly so that families are safe and can return to their daily lives soon after a disaster hits," she added.

Since the US$116 million (K154.04 billion) project was approved in June last year, key services have been contracted to improve the drainage system and selected public facilities in Yangon, according to the World Bank's statement.

The project was to be completed in October 2023.

"Institutional arrangements have been set up; budget and work plans have been prepared; and training on procurement, financial and project management is ongoing," it said.

The project includes supporting the government's efforts to reduce the impact of flooding, improve the resilience of selected public facilities against earthquakes in Yangon.

In addition, to enhance the central government's ability to finance its response to emergencies across the country, the statement said.

"Nearly half a million people are expected to benefit from the improved drainage systems and structural performance of selected public facilities in Yangon," it added.

"The project will help finance efforts to improve the drainage system and public facilities in Yangon and help Yangon regional government to provide quality services to city dwellers, said U Phyo Min Thein.

"Yangon faces high flood risk and is an earthquake-prone area.

"The project's investment in the city's drainage system, public facilities, and critical infrastructure will help achieve our aim of delivering high quality public services in the city," he added.

The World Bank said disasters cost Myanmar $184 million annually, with the poor bearing the brunt of these calamities.

The project will help Myanmar prevent and minimise risks in case of disaster, and the World Bank looks forward to supporting Myanmar's efforts to achieve these goals, said Ellen Goldstein.

The Southeast Asian nation is prone to disasters such as cyclone and earthquake.

In the first 12 days this year, Myanmar had 14 moderate to strong earthquakes.

Over 60 quakes hit the country in 2017, and about 40 were recorded the year before that.