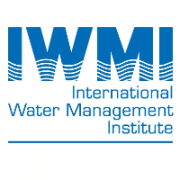 06 Feb 20 - Source: CIGAR | WLE - Myanmar's food future hinges on ensuring access to water, especially in times of worsening drought. This is especially true in the Central Dry Zone – the country's most water-stressed region.

Rainfall is often highly erratic, and many areas have been seeing less and less in recent years. And it's likely to get worse, as climate models suggest Myanmar can expect a future of higher temperatures, more variable rainfall and a greater risk from extreme weather events.

It's a challenge, but some solutions look promising. By enhancing the efficiency of agricultural water use, vulnerable communities can build resilience, in line with country's national adaptation plans.

How can this be done? Research shows it's time to invest in a few solutions at once: overhauling irrigation infrastructure, empowering farmers in managing water supplies more efficiently, and switching rice for less thirsty crops.

The project, led by the International Water Management Institute (IWMI) and partners, shows us a pathway to modernize the 300 pump-based irrigation schemes across the country. Many of these are aging, inefficient and costly to run.

The Pyawt Ywar Pump Irrigation Scheme, on which the project focused, was established in 2004 by Myanmar's Irrigation and Water Utilization Management Department (IWUMD). Designed to increase agricultural production and achieve food security, the scheme's effectiveness was initially hindered by antiquated colonial laws from 1905, governing its use. These laws were updated in 2017, paving the way for farmers to have a greater role in managing agricultural water supplies. However, smallholders lacked the practical means to get involved. In some cases, conflicts arose because farmers who received insufficient water had no redress.

Sometimes disagreements were caused by individuals using more than they should; at other times, insufficient electricity was available to pump enough water to meet everyone's needs. Growing rice requires considerably more water than some other crops. Pumping water also placed a high demand on energy utilities, and led to costly government subsidies to ensure the water could flow to farmers.

To counter these challenges, the project, which was funded by the Livelihoods and Food Security Fund with support from CGIAR Research Program on Water, Land and Ecosystems (WLE), had three aims. First, it aimed to overhaul the irrigation infrastructure to make sure water was being supplied as effectively as possible. This included the addition of three new pumps and concrete lining (12,500 feet), as well as replacement of dozens of structures and gates.

Second, it assisted farmers to set up a community-led water management system called a Water User Association (WUA), and translate government guidelines into rules appropriate for the local context. It assisted the WUA to develop a governance system, and hold elections. It also worked with the WUA and local government on negotiation, project management and conflict resolution strategies.

Third, researchers investigated how improving water and agricultural management techniques and replacing some crops with less water-dependent, higher-value crops, could boost farmer incomes while lowering electricity demand. In the first year, the project team assessed soil types, consulted with farmers on preferred crops, and helped farmers turn their land into demonstration plots growing various alternative crops. Chilli was the most popular of the crops proposed with almost 10 % of the households adopting the crop after one season.

The results? Well, the project covered five villages, comprising 970 land-holding and 365 landless households. At completion, almost 700 of the land-holding households subscribed as paid WUA members. This is quite an achievement, given it is the first WUA in the country for governing pump-based irrigation schemes.

The project developed a water-energy model to estimate energy costs related to cropping patterns and climatic conditions. This revealed that it was possible to halve pumping costs by switching from rice to a crop such as chilli. Moreover, over eight months, farmers growing chilli earned twice the income than they would have received if they had grown rice.

So, productivity and incomes grew – and water use became more efficient. But challenges remain. Access to markets and credit still favors rice producers in the Central Dry Zone, as it is considered to be lower risk and strongly supported in the national food security agenda. Producing more food with less water and energy will require authorities to implement region-specific strategies – and to offer alternative incentives that encourage farmers to switch crops in areas where water access is limited.

In future, public-private partnerships (PPP) might play a role in helping to sustain WUAs and crop shifts over the long term. There are only a handful of ongoing or successful cases in Brazil, Ethiopia, and Morocco. But PPP arrangements in Myanmar could include ways to share operation and management of irrigation systems, as well as along key agricultural value chains such as water delivery, and water and energy use. It would also bring financial returns for farmers and the government.

There's no one quick fix to the water stressed conditions Myanmar is increasingly facing. But if the 300 pump-based irrigation schemes across the country were to adopt and sustain changes similar to those piloted by Pyawt Ywar, Myanmar could have a real win-win for farmers and the government alike.

Petra Schmitter is a Myanmar-based scientist with the International Water Management Institute and CGIAR research programme on water, land and ecosystems.

Thrive blog is a space for independent thought and aims to stimulate discussion among sustainable agriculture researchers and the public. Blogs are facilitated by the CGIAR Research Program on Water, Land and Ecosystems (WLE) but reflect the opinions and information of the authors only and not necessarily those of WLE and its donors or partners. WLE and partners are supported by CGIAR Trust Fund Contributors, including: ACIAR, DFID, DGIS, SDC, Sida and others.

Conservationists to conduct census of migratory birds in Myanmar wetlands