The moves come eight months after Aung San Suu Kyi's civilian government inked a framework agreement with a CITIC-led consortium. The agreement fell short but paved the way for, an actual concession-granting deal.

The CITIC-led consortium, comprised of four other Chinese enterprises and Thailand's Charoen Pokphand Group, aims to develop the port as part of a special economic zone (SEZ) in Myanmar's conflict-ridden Rakhine state.

Negotiations for the mega-project, green-lighted by previous president Thein Sein, stalled in the first two years of Suu Kyi's government, either for reasons of red tape or lingering official unease over the scheme.

When contacted by Asia Times, a CITIC representative declined to speculate on when the two parties would conclude the ongoing talks.

Last year, the National League for Democracy-led government renegotiated the port's consortium-government share-holding ratio down from 85:15 to 70:30, while shaving the project's total cost from $7.5 billion to $1.3 billion.

Turnell warned of a possible debt trap scenario akin to Sri Lanka's China-financed Hambantota port, which saw the state give Beijing a 99-year lease for the facility in exchange for debt relief.

With the Kyaukphyu port project's cost slashed by over $6 billion, the NLD government now claims it will not become a sovereignty-eroding debt burden. But there are other complicating factors.

For one, Rakhine state's Rohingya refugee crisis has severely strained relations with the West, with the European Union now considering whether to withdraw Myanmar's special trade privileges.

That's reaffirmed China's position as the country's indispensable partner, accounting for around a quarter of total approved foreign investments. However, Chinese outlays, as with many mega-projects in Myanmar, have been attended by controversy. 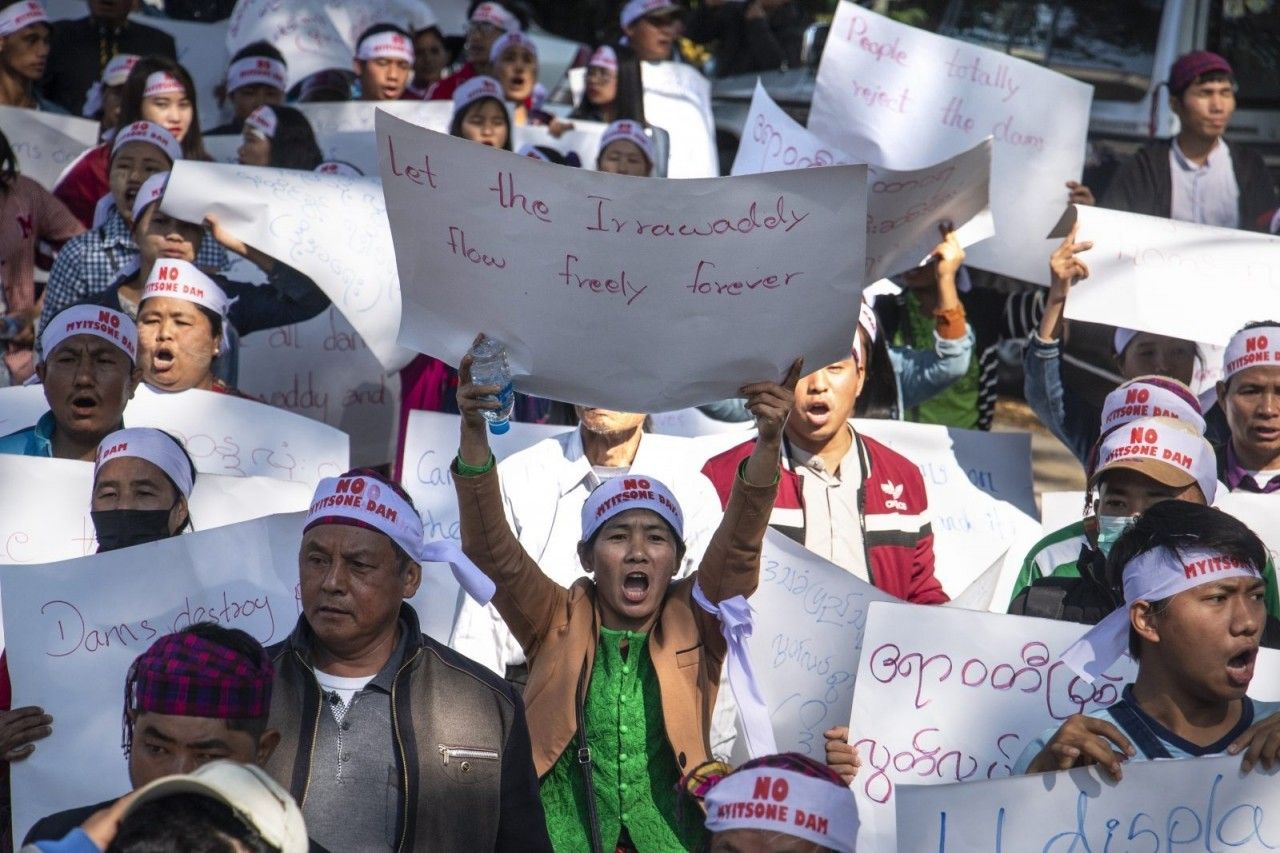 More than a thousand Myanmar demonstrators rally demanding the government to permanently stop the construction of the Myitsone dam. Photo: AFP

Beijing's recent efforts to restart the $3.8 billion Myitsone dam, designed to export as much as 90% of its power to China, have been met with a backlash, while Yangon's China-backed "new city" scheme has come under fire for lacking an open tender process.

Kyaukphyu faces similar risks of a backlash, analysts say. Yuan Shaobin, CITIC Myanmar's executive president, said in 2017 that the just commenced ESIA process would take at least 1.5 years, meaning the earliest actual construction could start would be in early 2021.

If CITIC's plan relates to only the port without an SEZ, then the current Kyaukphyu SEZ authority in charge must transfer oversight responsibilities to the Myanmar Investment Commission, according to Sean Bain, legal adviser to the International Commission of Jurists.

"On the other hand, if an SEZ remains part of the plans for Kyaukphyu, any environmental impact assessment must be site-wide, incorporating all aspects of the project from the seaport to the industrial zones and the envisaged industries," he added.

Bain says the announced assessment appears to only concern the port, which would fail to examine the cumulative environmental and human rights impacts of a wider project that includes .

"The confusion highlights the ongoing lack of transparency about these projects," Bain said.

In recent months, Suu Kyi has called for more investment in Rakhine state and pushed to improve the coastal region's infrastructure, including through the financial support of local tycoons with ties to the previous military regime. 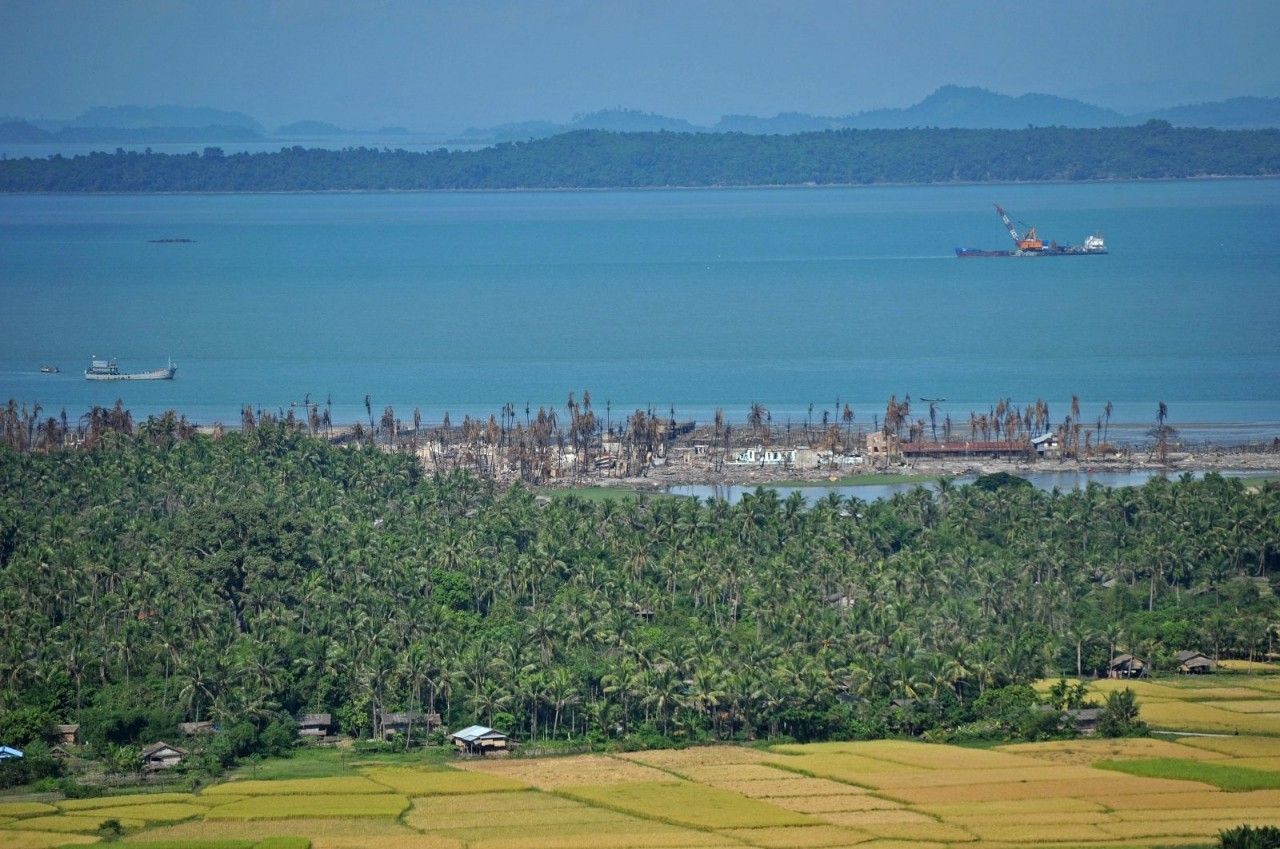 Rakhine's poverty rate is significantly higher than the national average despite its abundance of resources including untapped stores of natural gas. Deep-rooted political and security issues have undercut the state's economic progress.

More than 700,000 Rohingya Muslims have fled northern Rakhine for Bangladesh since 2017 following a controversial military clampdown in response to attacks by the upstart, insurgent Arakan Rohingya Salvation Army.

The United Nations has said the military campaign was disproportionate and may have had "genocidal intent", a charge Myanmar authorities have steadfastly denied but one that could eventually lead to punitive new sanctions.

The Kyaukphyu port project's proponents argue that it will provide much-needed infrastructure and jobs in an impoverished region which otherwise struggles to attract business and investment.

China's motivations for Kyaukphyu, to be sure, geo-strategic as they are economic. The area houses terminals for twin oil and gas pipelines that extend across Myanmar into China's landlocked southwestern Yunnan province.

If built, the port will give China strategic access to the Indian Ocean via the Bay of Bengal, reducing its reliance and vulnerability to maritime trade that currently passes through the narrow and congested Strait of Malacca. 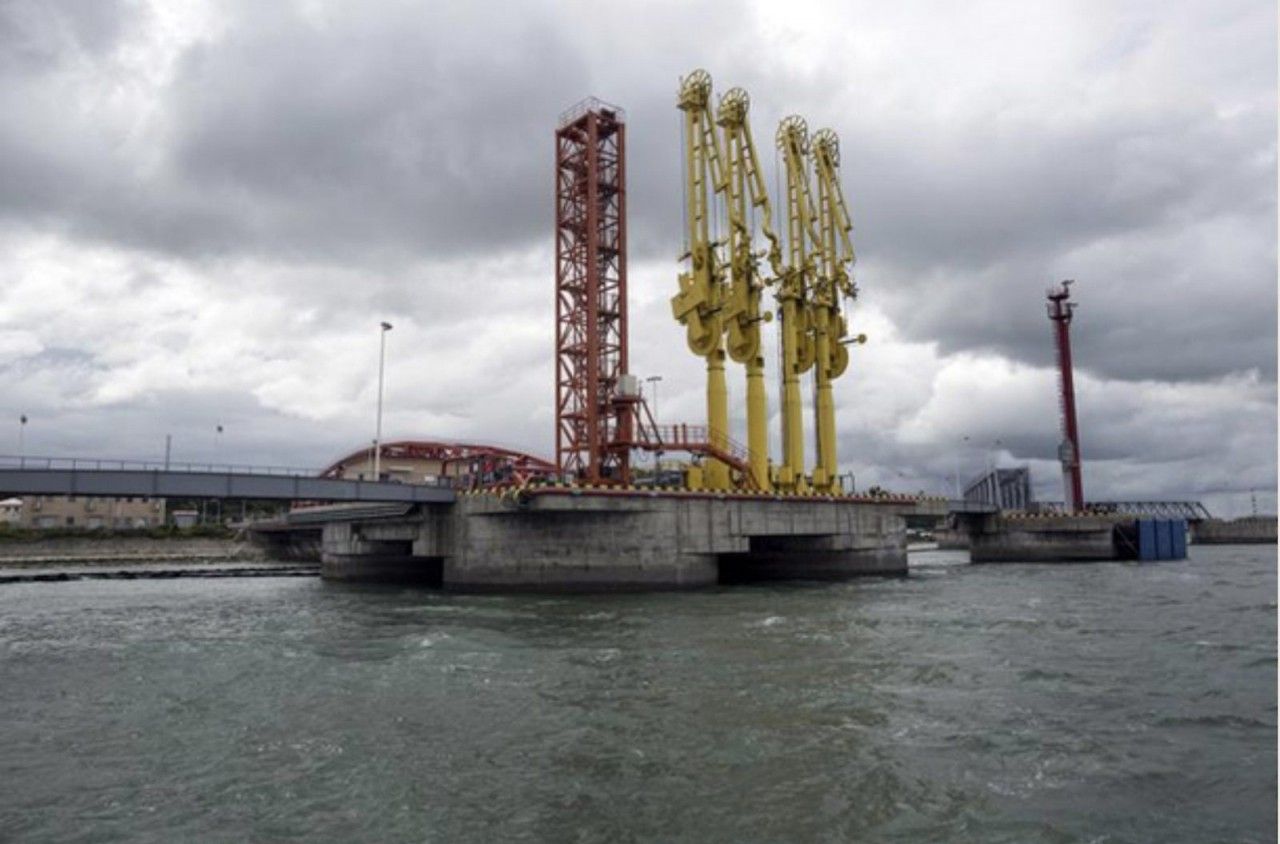 It would also have significant economic upshots for China, according to Mekong Economics country representative in Myanmar Sten te Vogt.

The facility will potentially cut costs and save time for China's trade with South Asia, the Middle East, Europe and elsewhere. That depends, however, on the development of supporting transport infrastructure, including connecting rail lines.

Myanmar's transport ministry is now mulling the feasibility of a proposed $9 billion railway linking the central city of Mandalay to the northern border town of Muse, which is situated across from the Chinese town of Ruili.

Myanma Railways expects the Kunming-Ruili railway, which is now under construction and is designed to connect to the Muse-Mandalay route, to be completed by 2021.

The commission recommended that the SEA probe in particular how the China-backed scheme and other policies would impact the local environment and communities, and assess how other industries may be affected by the project.

Past investments in Kyaukphyu – and Myanmar more broadly – suggest significant risks with only limited upside for trickle down economic benefits for local communities, the commission report warned. 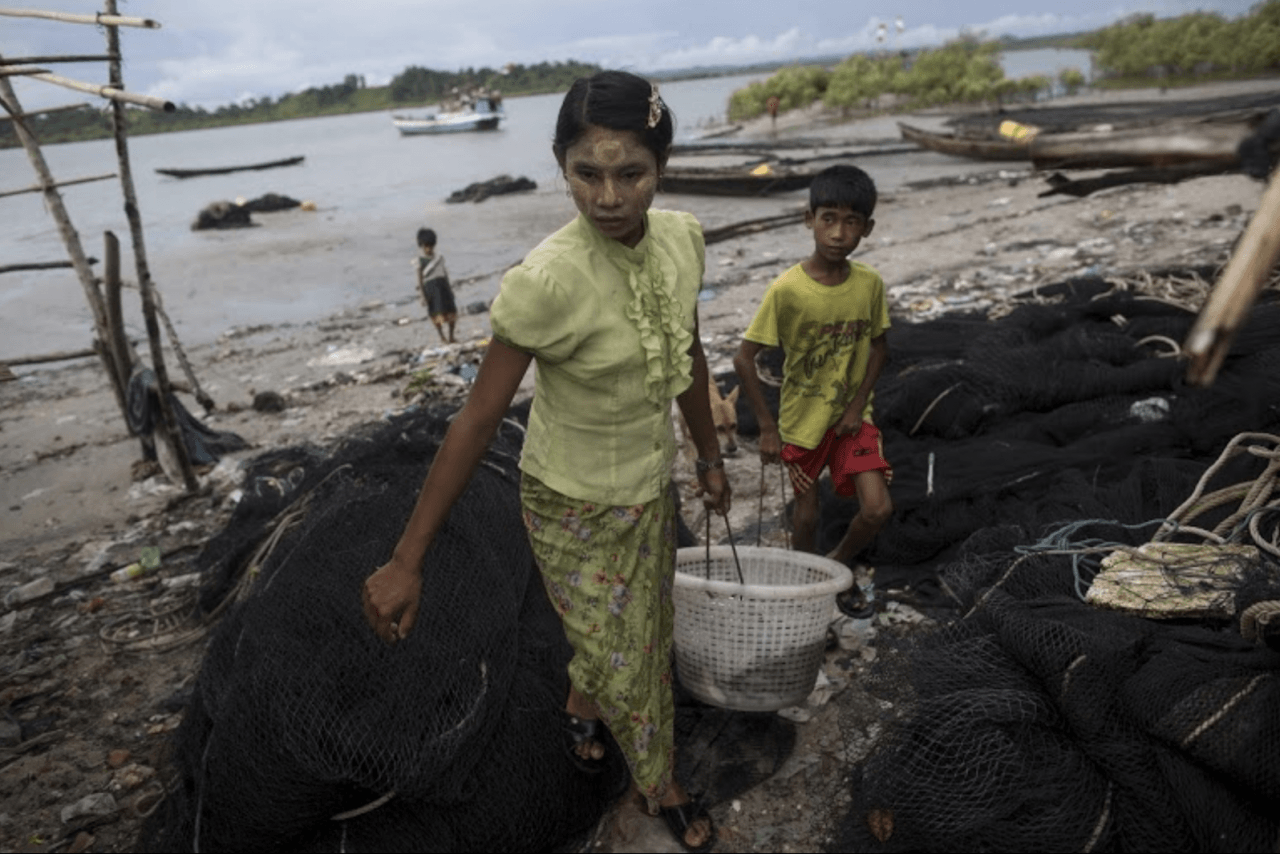 A Myanmar mother and son carry a basket of fish in Kyaukphyu township, Rakhine state, in a file photo. Photo: Twitter

Suu Kyi publicly endorsed and promised to implement the commission's recommendations, including a SEA for Kyaukphyu's port.

"It is critically important that done first [before the ESIA]," said commission member Laetitia van den Assum, a retired Dutch diplomat. "It is much broader in scope than an ESIA and provides both immediate and longer-term benefits.

"Merely looking at Kyaukpyu port itself and not considering many of the factors that define the much larger area around it and the communities that call it home is asking for trouble," she told Asia Times.

"Unless the government recognizes the urgent necessity to develop and implement a comprehensive plan for the future of Rakhine state and all its people, the tensions will persist."