Villagers get diseases from waste-contaminated water 10 July 19 - Source: Myanmar Times - Villagers who live near a 10-inch pipe that discharges wastewater from factories in the Mandalay Industrial Zone in the Dotehtawady River have suffered health and social problems for years.

Adults and children who rely on the river for bathing and household water because they can't afford clean water are suffering from skin disease, according to some residents of Myo Pyin Gyi village in Amarapura township of Mandalay.

"Many people are itching because of . Those who have money can dig wells for household use and bathing, and drinking water, but poor people and those living along the river have to use the river water, and they are always itching," said U Win Saung a 10-household leader in Myo Pyin Gyi.

The village of more than 300 houses and about 1000 people is a half mile from the sewage pipe. In the past, residents used the river water for bathing and drinking, but the water has been undrinkable for about a decade, he said, and now two-thirds of the houses in the village have wells. 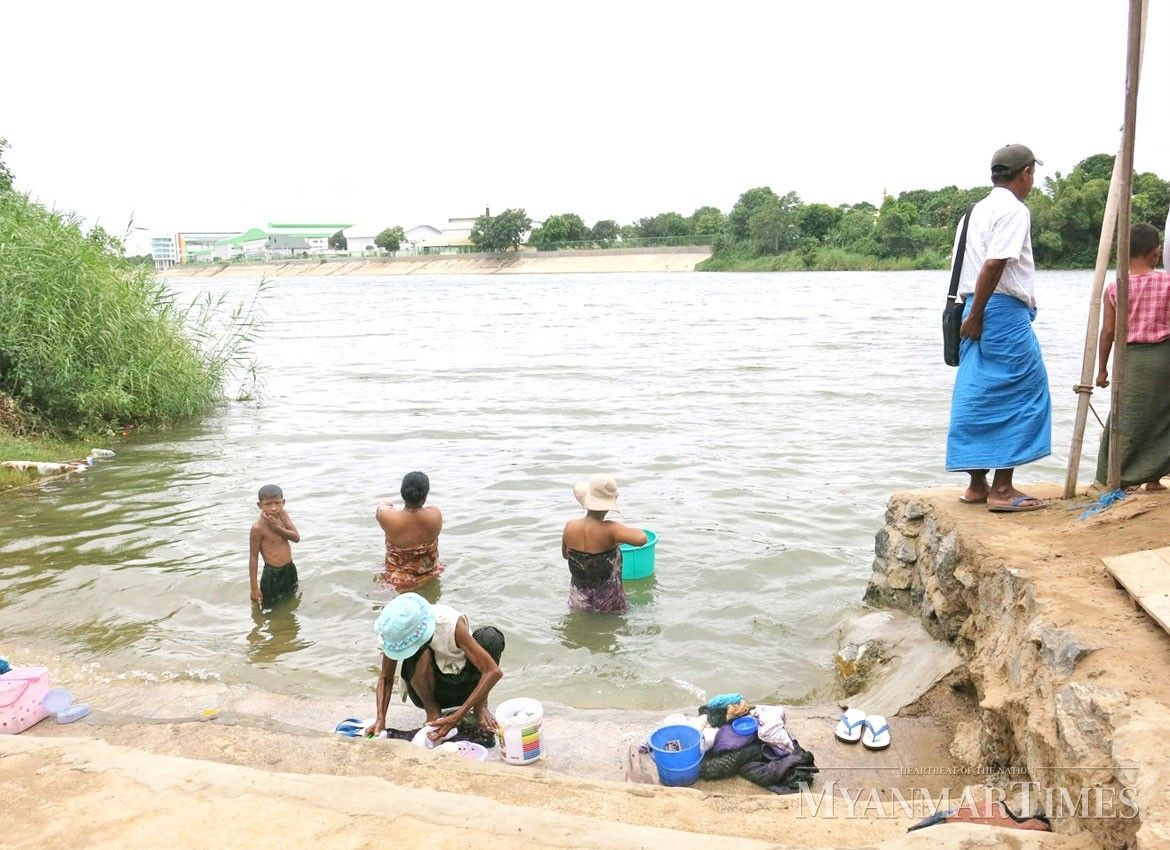 "I have worked as a washerwoman at the river for years. I didn't suffer any disease before they started dumping sewage. Now I can't stop scratching. I have to rub my skin with salt because of the itching. I can't avoid it because I have to wash clothes every day. White substances are everywhere in the river," said Daw San Ngwe, 67.

The wastewater pipe goes through Nyaung Ni Bin village and discharges into the Dotehtawady above the villages of Myo Pyin Gyi, Myo Thit, Myit Nge, Nyaung Bin Sauk and Sar Toe. When the river level is low, the river gives off foul smells and there are more mosquitoes, some Myo Pyin Gyi villagers said.

In late June, the villagers held a meeting about the problem. When the wastewater gets to the middle of , it turns into crystals and settles, U Wunna Aung of Primary Color Civic Education Network told the meeting.

"People who bathe in the water can get diseases. If they drink it, the water can cause stomach and intestinal diseases. The crystals don't flow into the Ayeyarwady River but pile up in the Dotehtawady. They reach up to your waist if you go diving in the middle of the river. Wastewater has been discharged there for about a decade and could seep into the underground water, so it is very dangerous. Children shouldn't swim or bathe in it or eat fishes from it," he said. 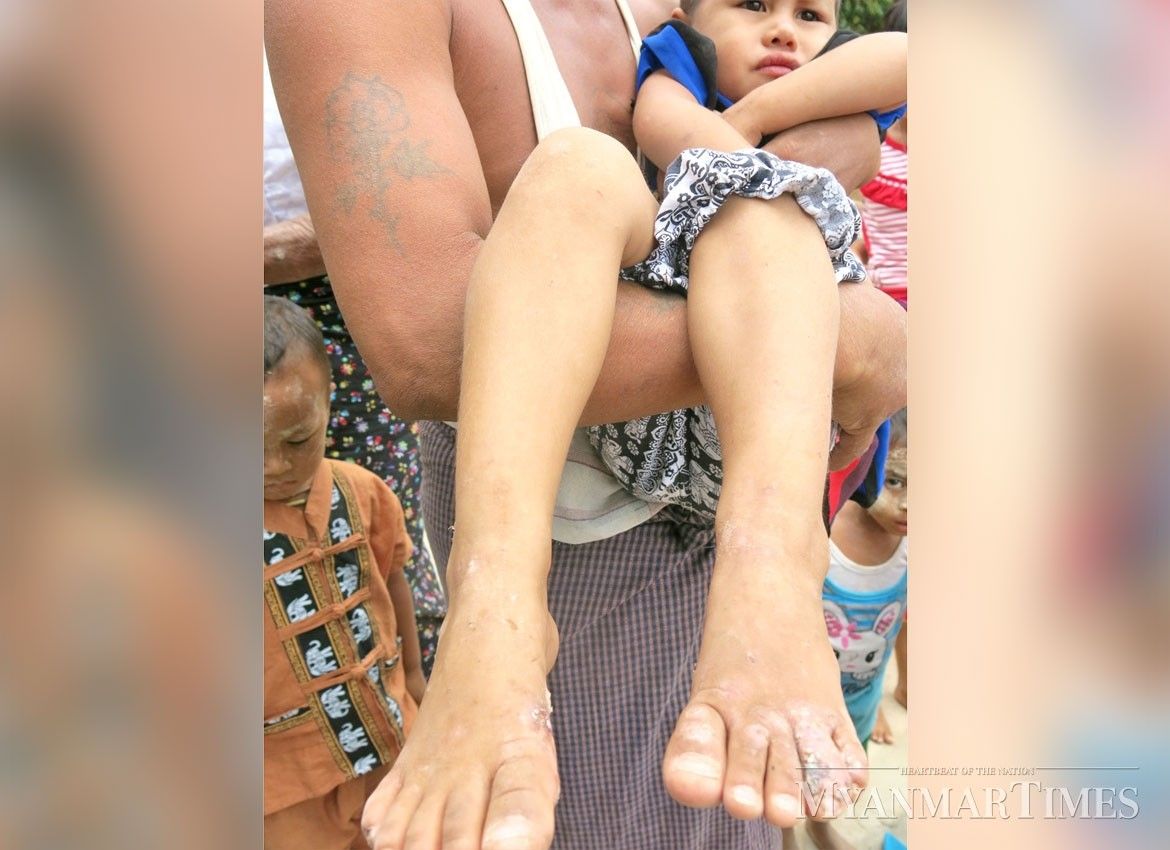 Residents plan to submit a complaint about the wastewater to the Mandalay's chief minister soon, said U Tun Myant of Nyaung Bin Sauk.

They don't want the factories to be shut down, but they want to know why they violate the fixed time of 6pm to 5am to discharge wastewater, and why they dump it in the river without any treatment, he said.

Daw Hla Kyin, 71, of Nyaung Ni Bin, said, "We don't want wastewater discharged in the river. I have really strong feelings about this. I want to kill whoever's doing it. If it continues, I will probably get a disease and die." 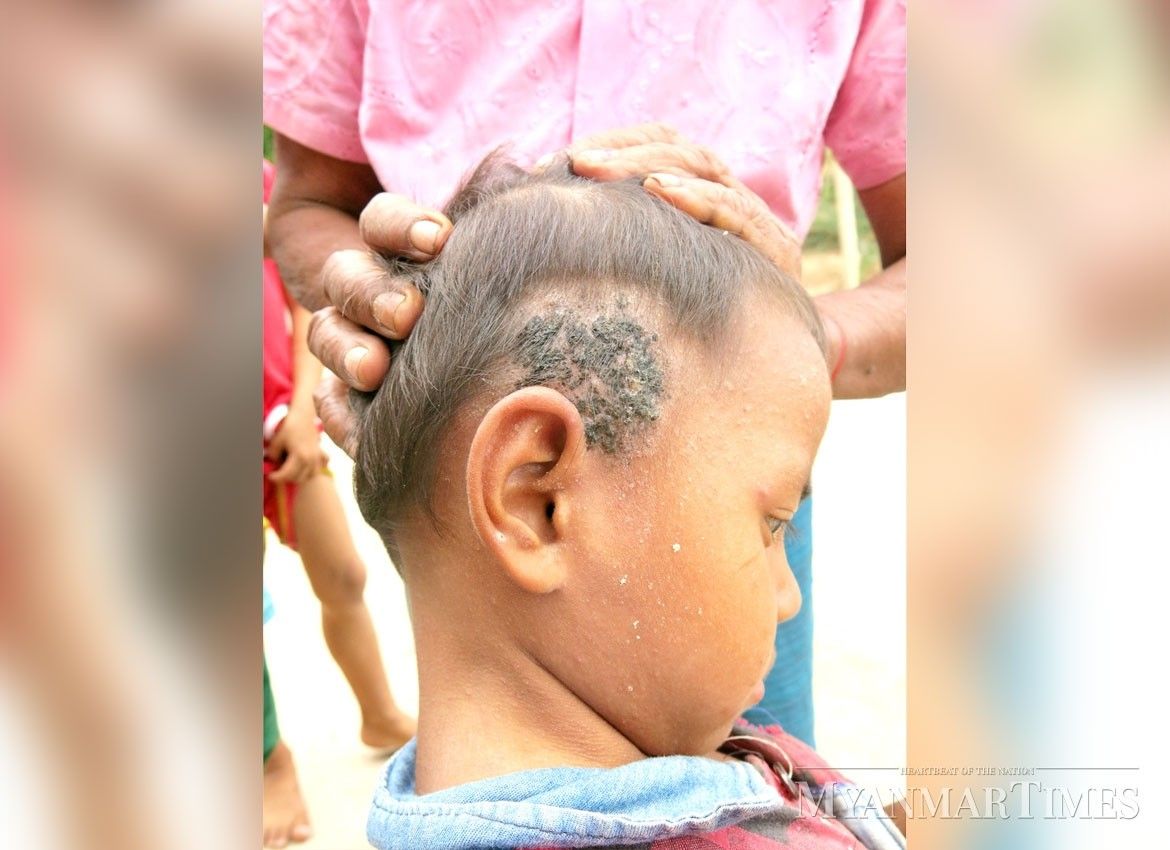 The Mandalay City Development Committee has tried unsuccessfully to solve the wastewater problem since 2016.

Tenders were invited for a central wastewater processing plant and accumulation project on a build-operate-transfer basis in the Mandalay Industrial Zone. Although Hydrotek plc of Thailand won the contract for two years of construction and 50 years of operation, the agreement had to be modified many times, and the project hasn't been started yet, said U Myint Htwe, MP for Amarapura.

"We've been embarrassed so many times by this project. We want it to be implemented as soon as possible," U Myint Htwe told a session last April. However, as no clear solution to the wastewater problem has been found, and it will take years before starting the project, the suffering of the local people is expected to continue.

U Tin Myint, 53, of Myo Pyin Gyi, said, "In the past, the water was drinkable, but now it's heavily polluted and smells. We are poor, so we have to ask for drinking water from those people who have water tanks. We don't have enough money to buy drinking water, and we no longer let our children bathe in the river." – Translated