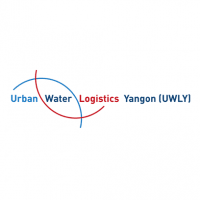 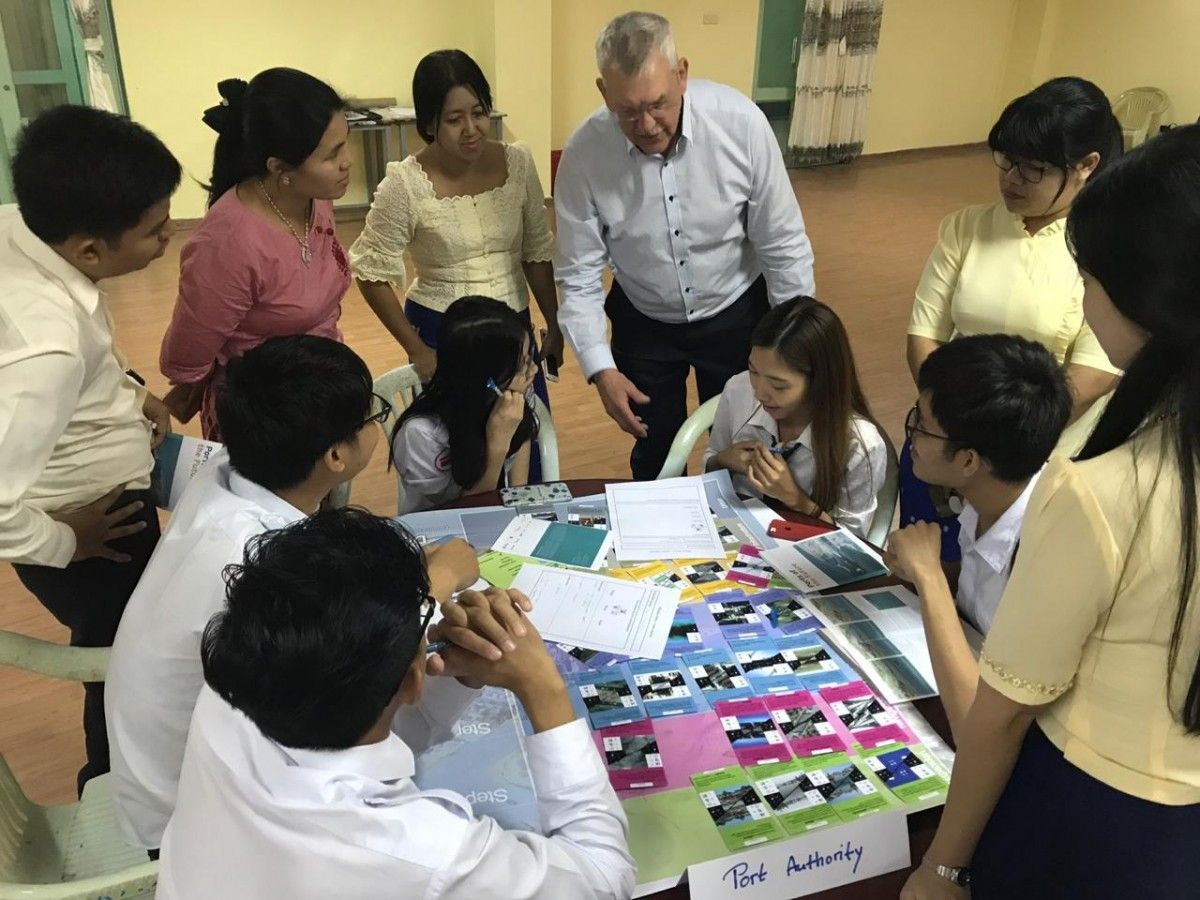 Prof Tiedo Vellinga was in Myanmar for a week of 25th to 28th February. He started the week at Myanmar Maritime University to support the capacity building and improvement of curricula of Port and Harbour Engineering Department. He has done the lectures for students as well as for the lecturers in Port Planning and Managing field. He hosted the Port of the Future Serious Game first time in Myanmar Maritime University. Around 30 students of and final year from and Harbour Engineering Department played the game. The Water Agency participated as observers in the game together with the teachers from the University. Dr Myat Lwin (Rector of Myanmar Maritime University) attended the presentations of the final outcomes of the game by students. Prof Tiedo enjoyed very much playing the game with the students, who were passionate to learn and interactive during the game.

Profa Sanda Naing ( of Myanmar Maritime University) said that the game benefits for students in learning more about port planning and managing practically, thinking in new different perspectives as the game consists of role-playing and this experience will support their future career prospects.

According to the feedback from the students, by playing the game, they can learn how to work as a team and how to negotiate among different interests. 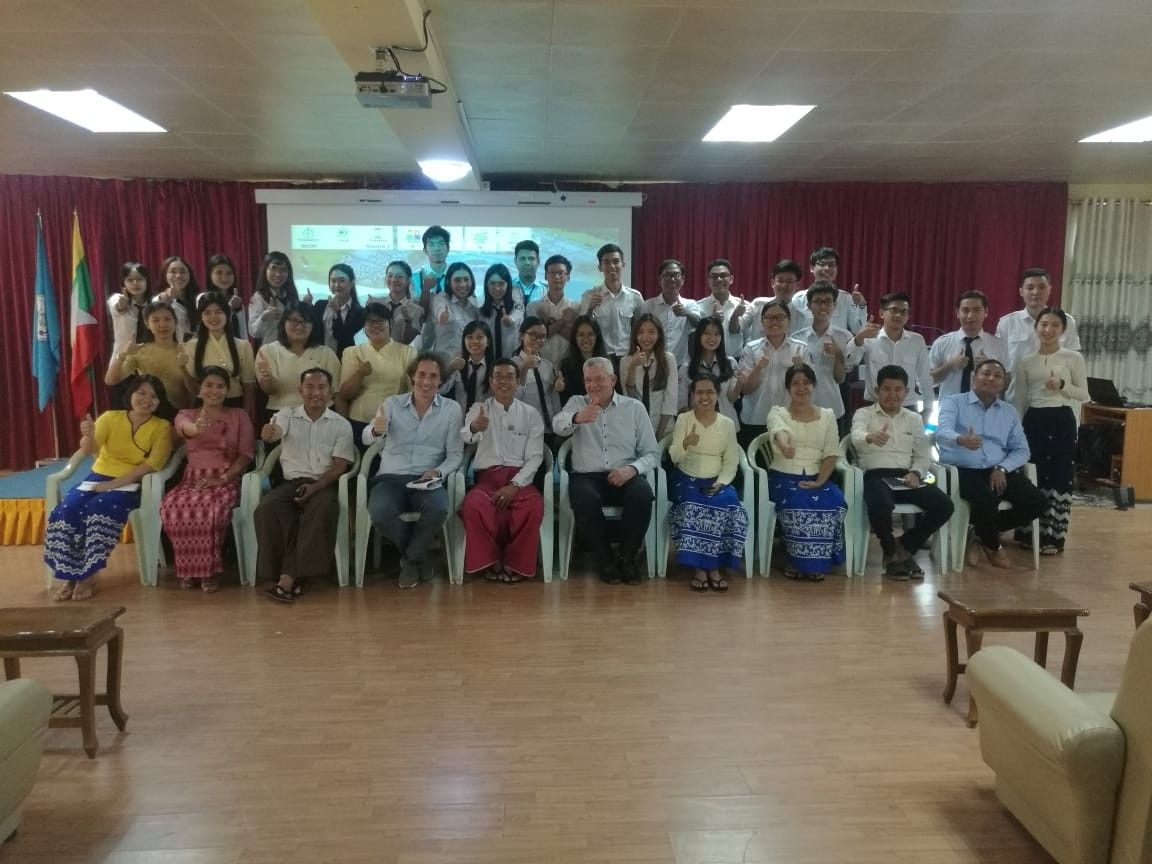 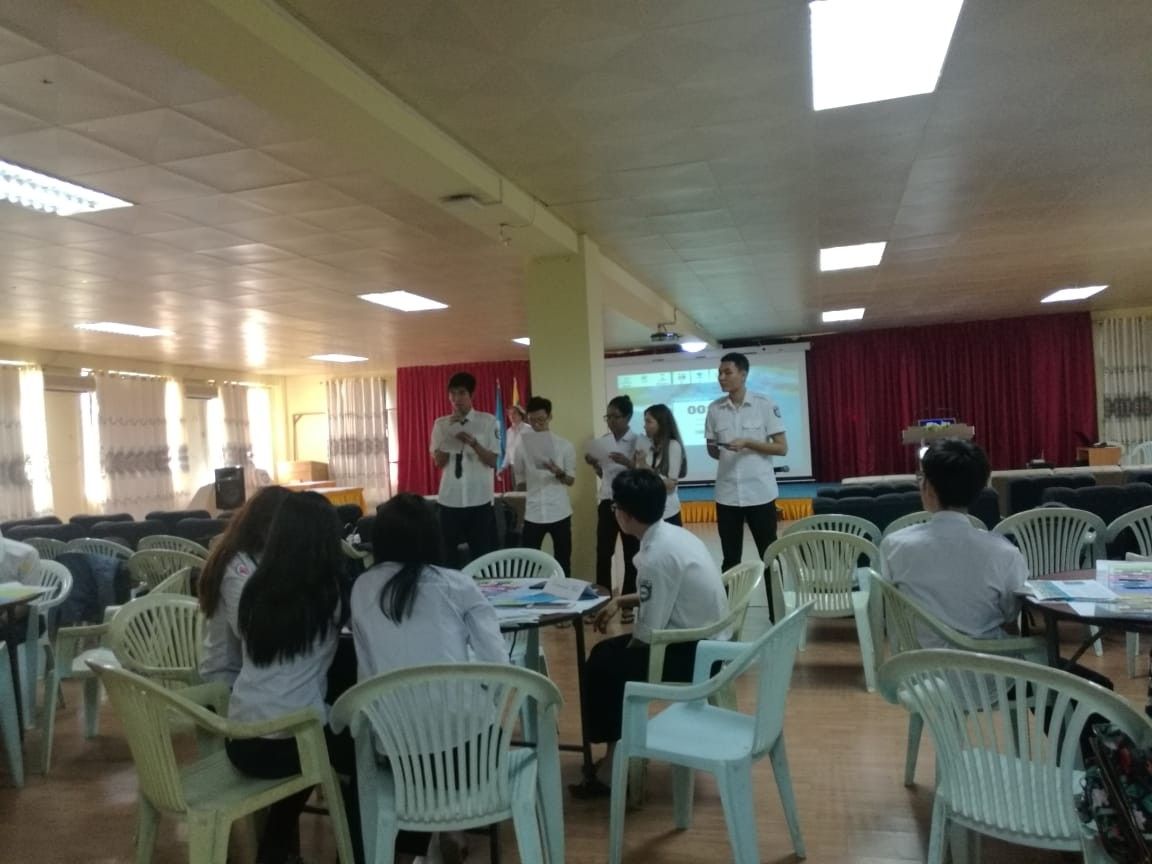 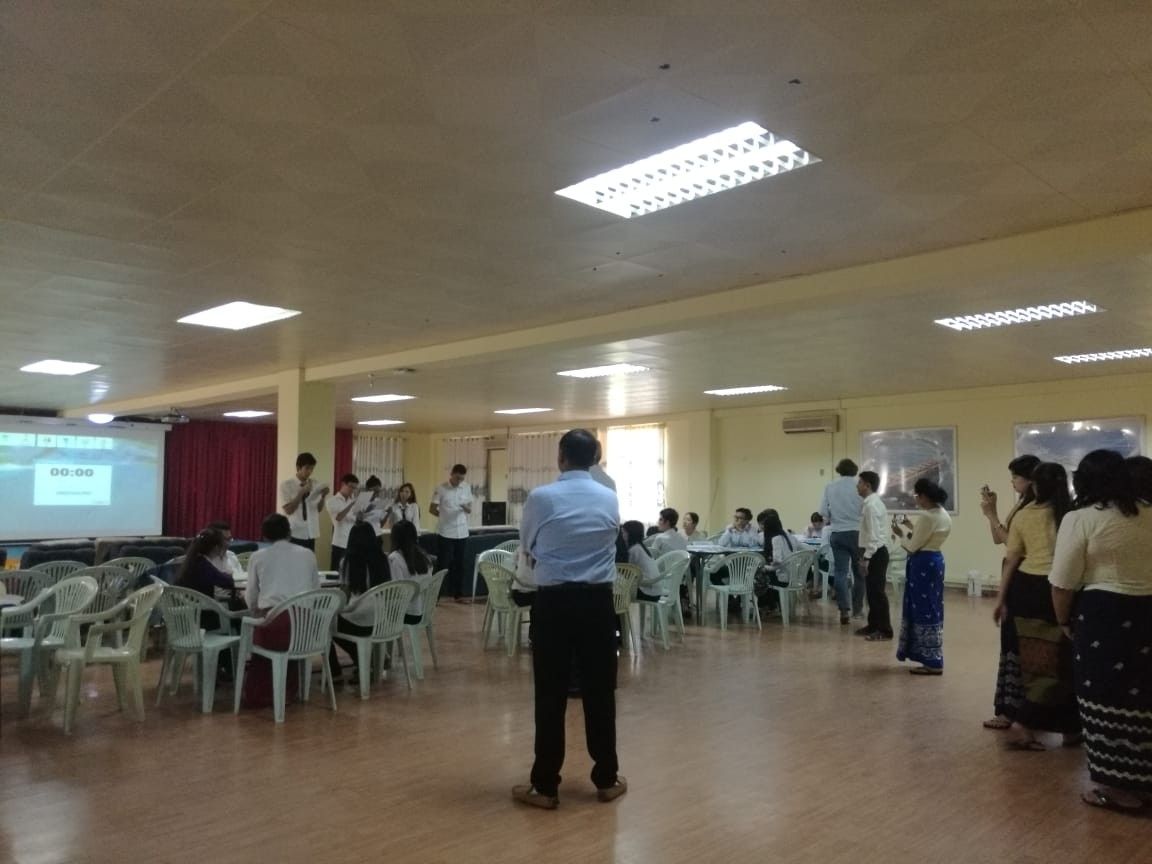 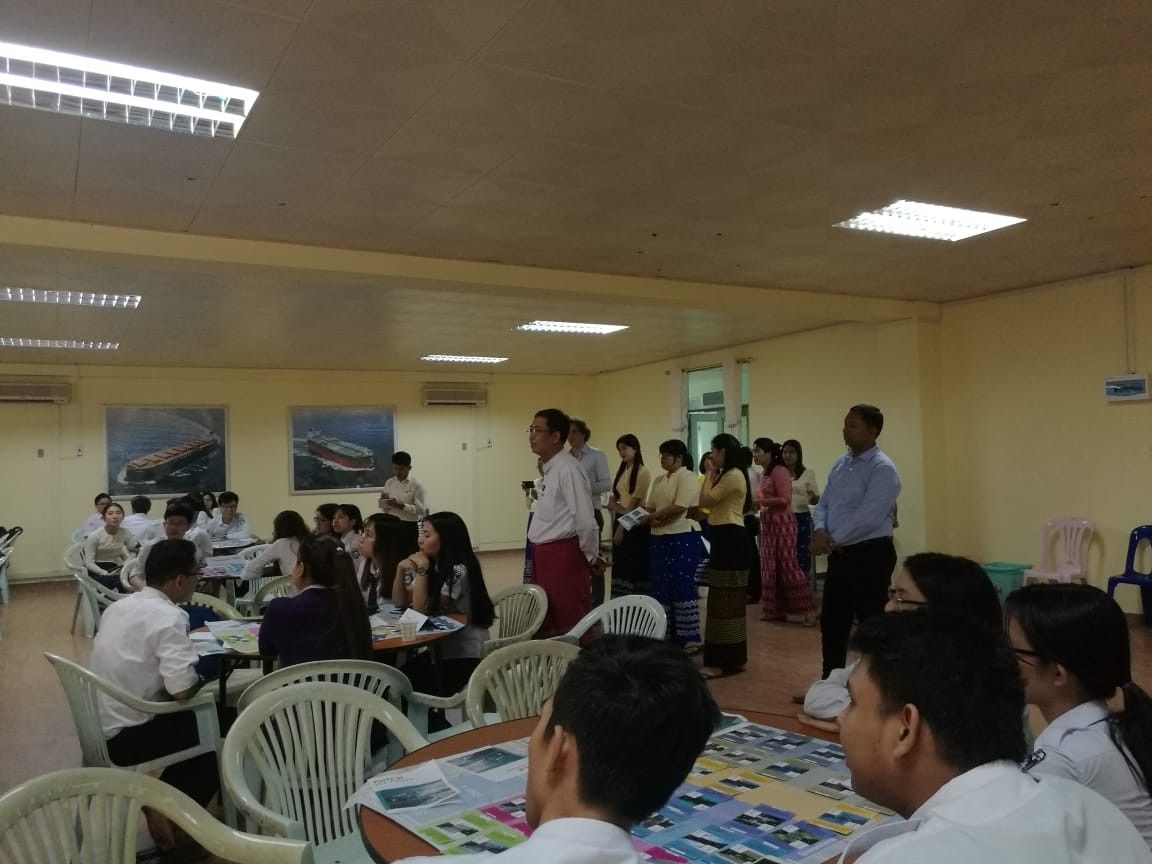 Group Picture with Representatives of MPA

In the morning of 27th February, Prof Tiedo shared his experiences with the expansion of Port of Rotterdam with Myanma Port Authority (MPA). The lecture was about Port of the Future: Lessons learned from the realization of Rotterdam port expansion Maasvlakte2. U Zaw Tun Lwin, General Manager of MPA gave a welcome speech and said that the knowledge and experience sharing is essential locally, regionally and internationally in every industry and highlighted that MPA is appreciated this opportunity of Prof Tiedo Vellinga's visit. Around 30 people from different divisions of MPA attended the session. Prof Tiedo Vellinga handed over the thesis of TU Delft master student Michel Oosterwegel - who succesfully completed his thesis about "Connecting Myanmar - Towards a Framework for a Sustainable and Stakeholder-inclusive Deep Sea Port Development Strategy" - A casestudy for Myanmar (download).

Visit the gallery below to see the impressions of the session. 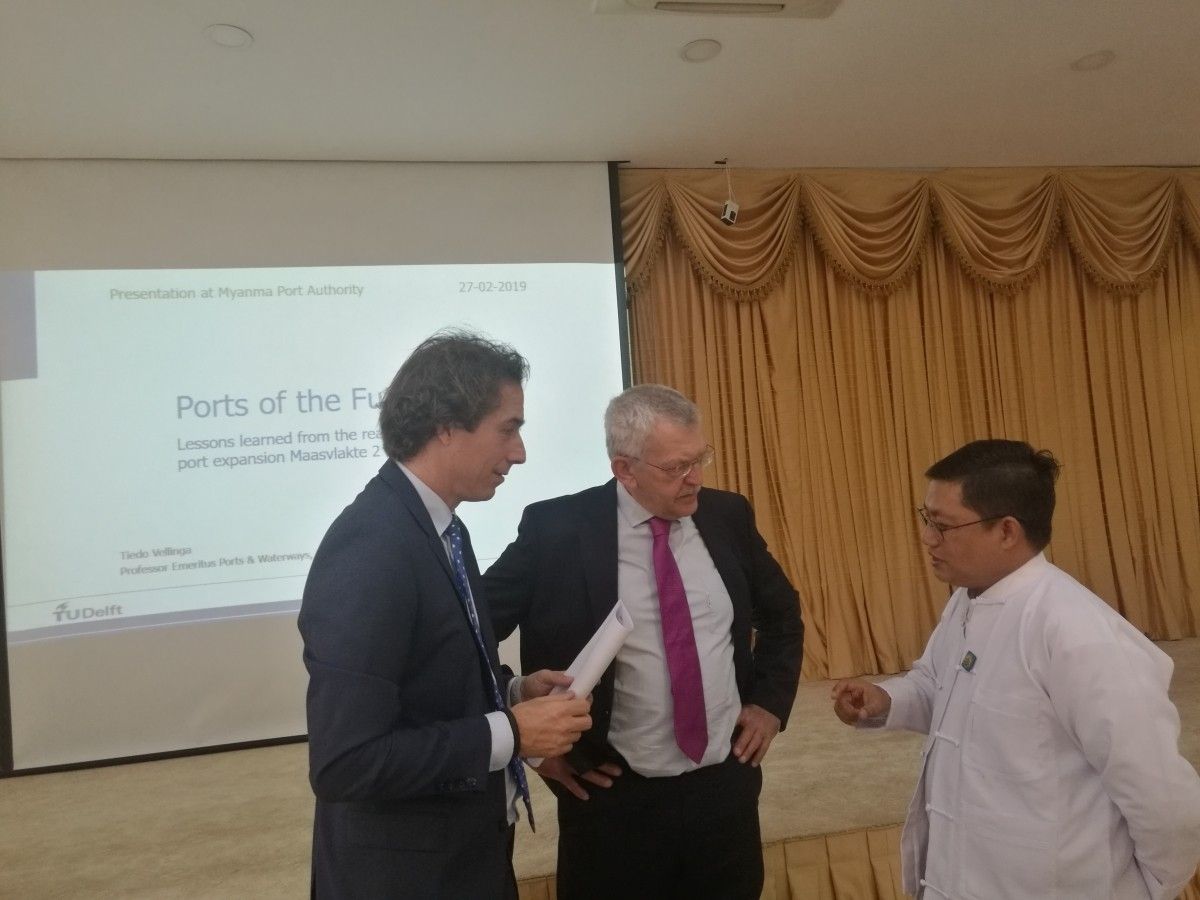 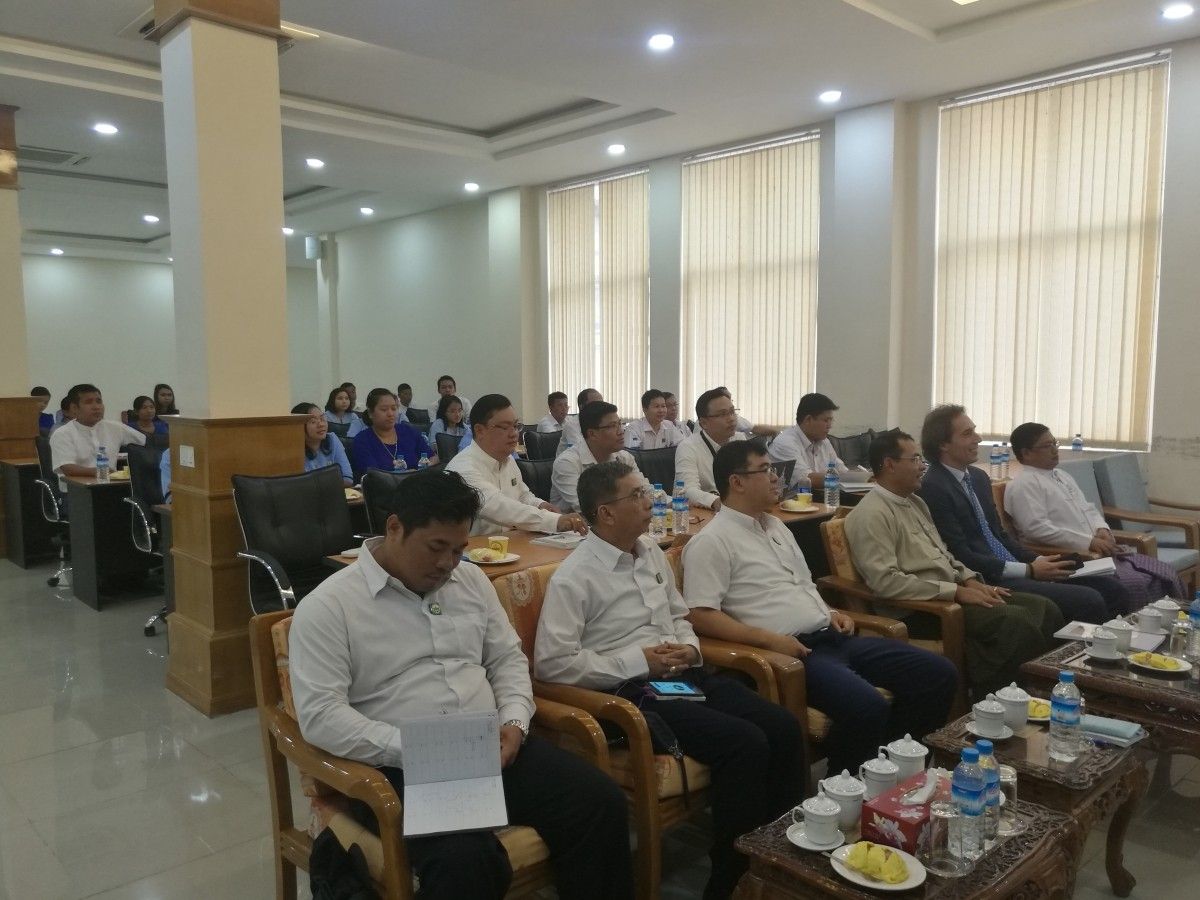 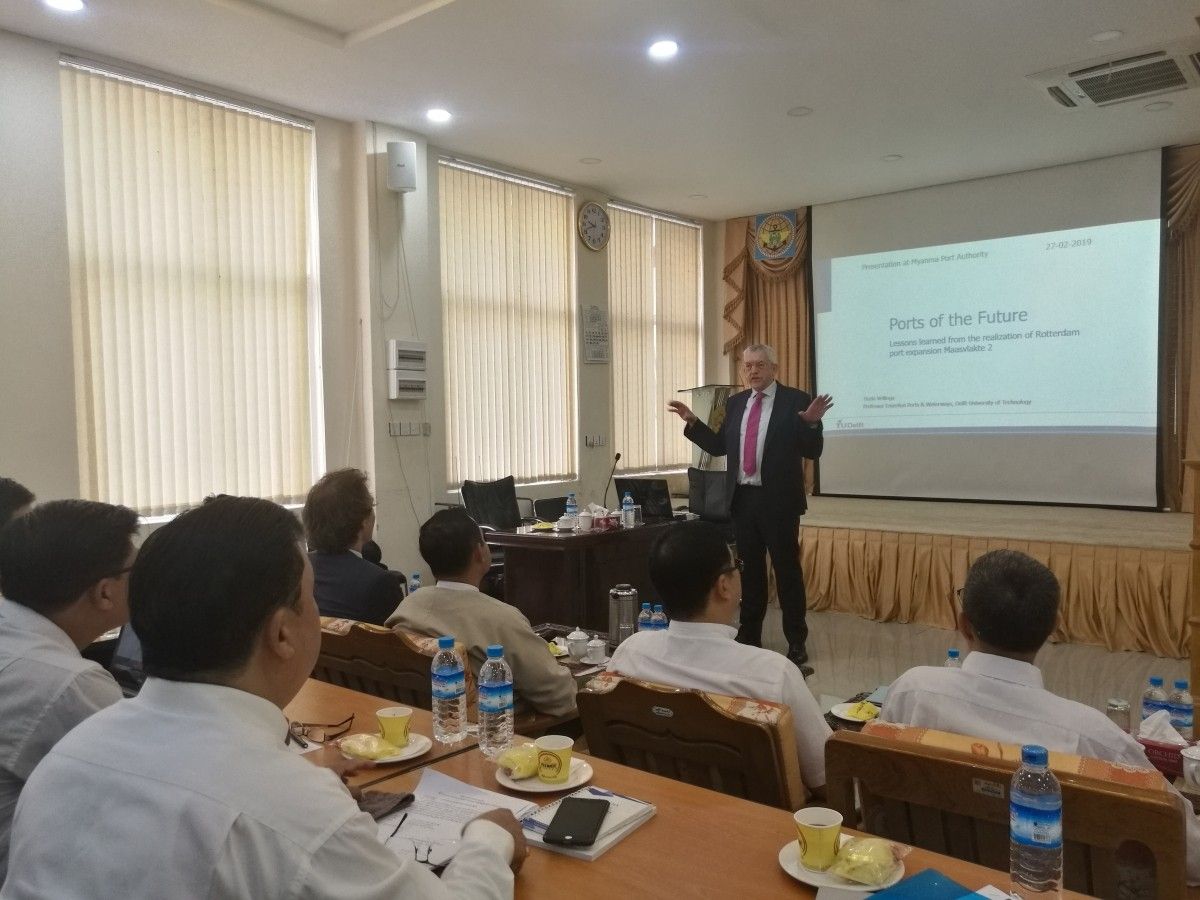 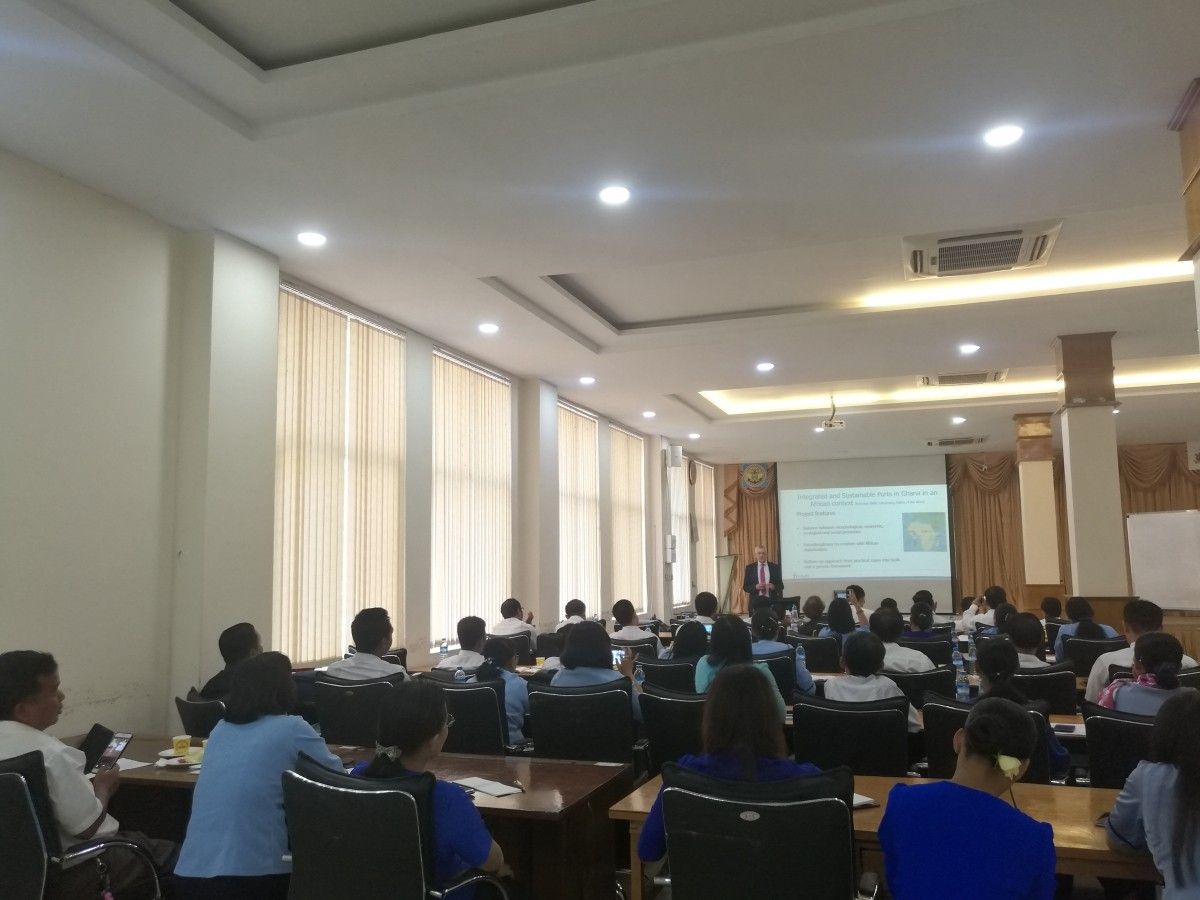 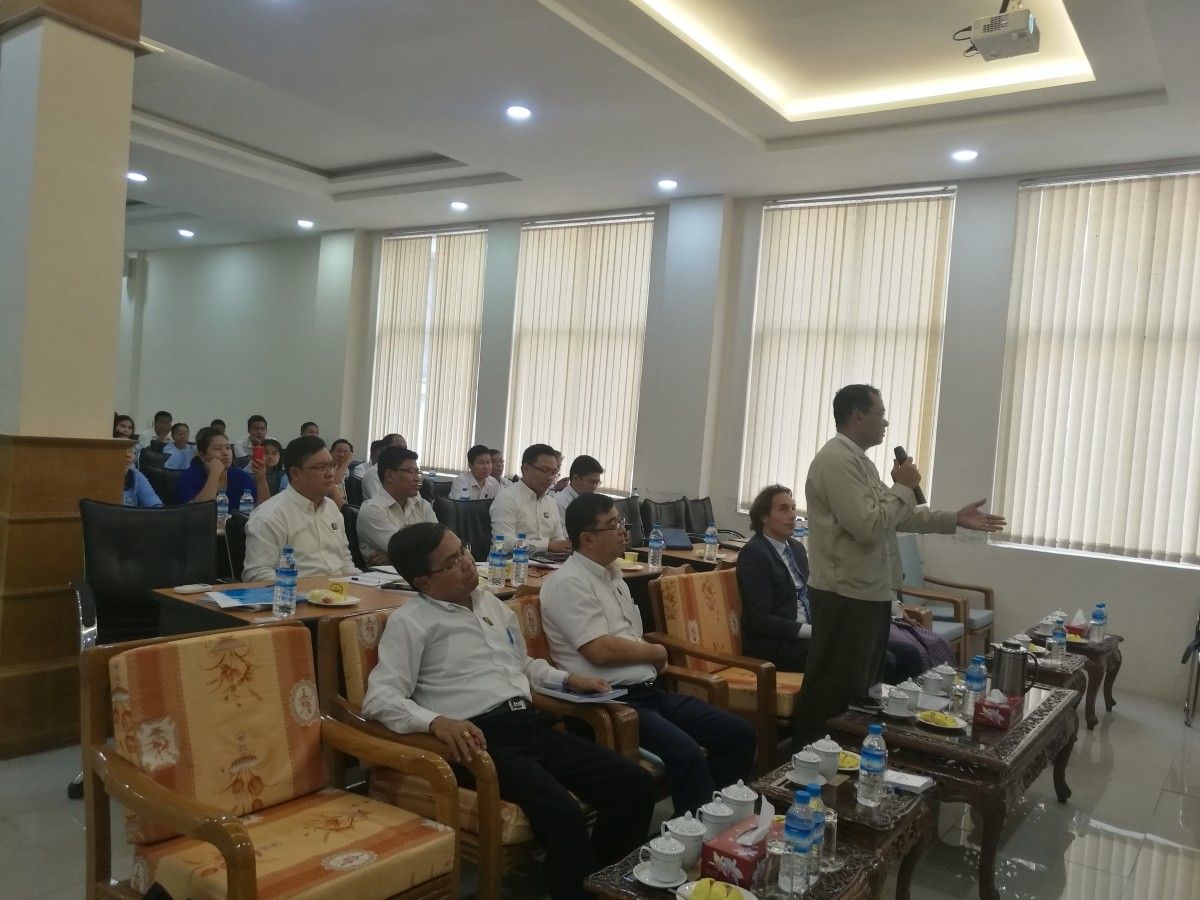 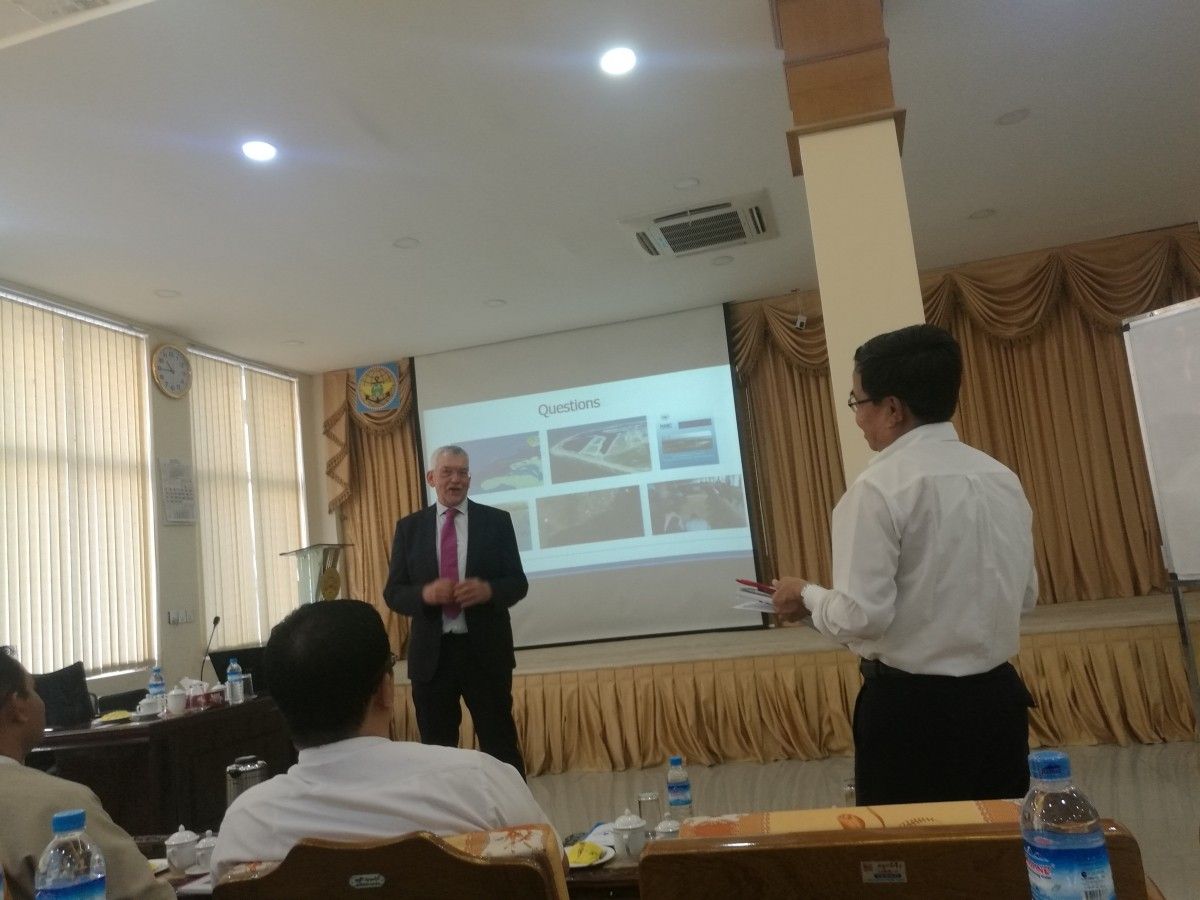 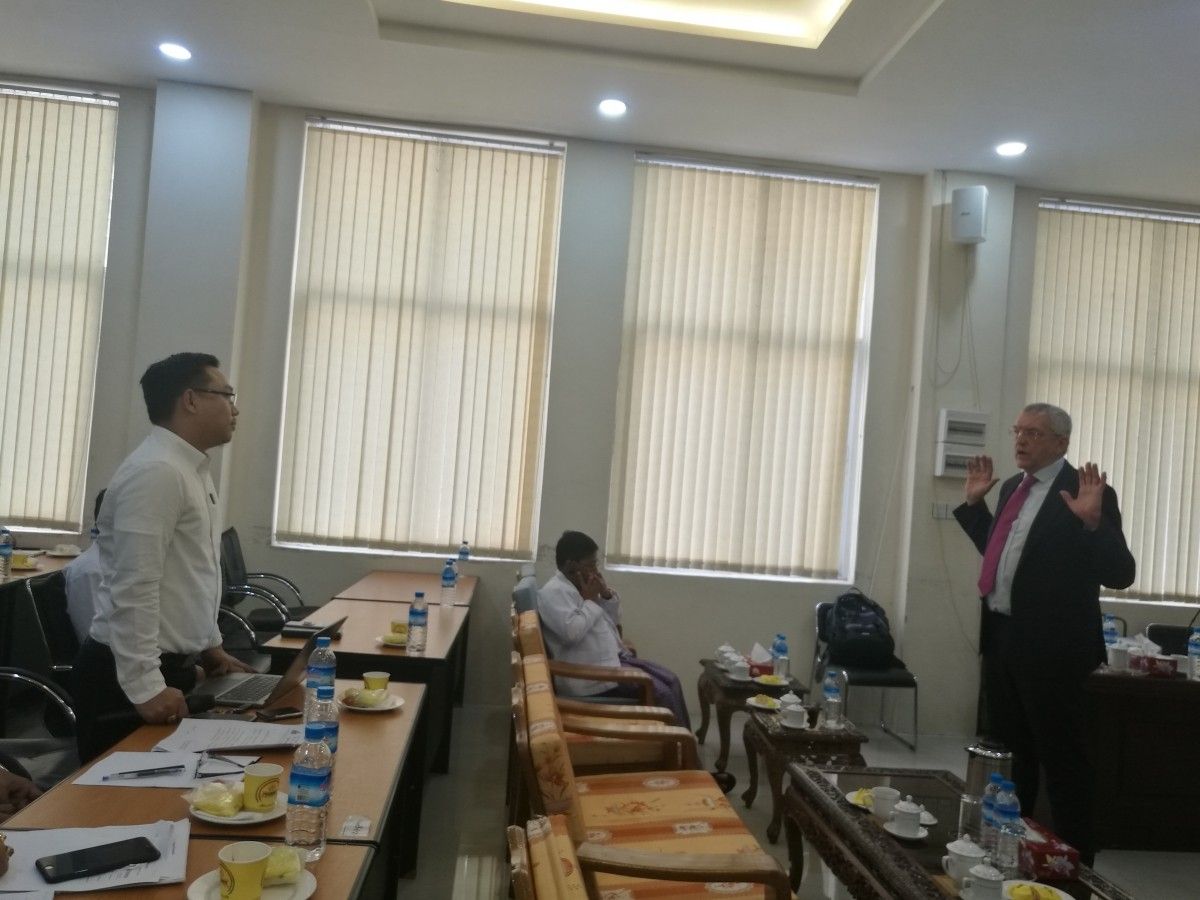 Lecture at the Embassy of the Kingdom of the Netherlands 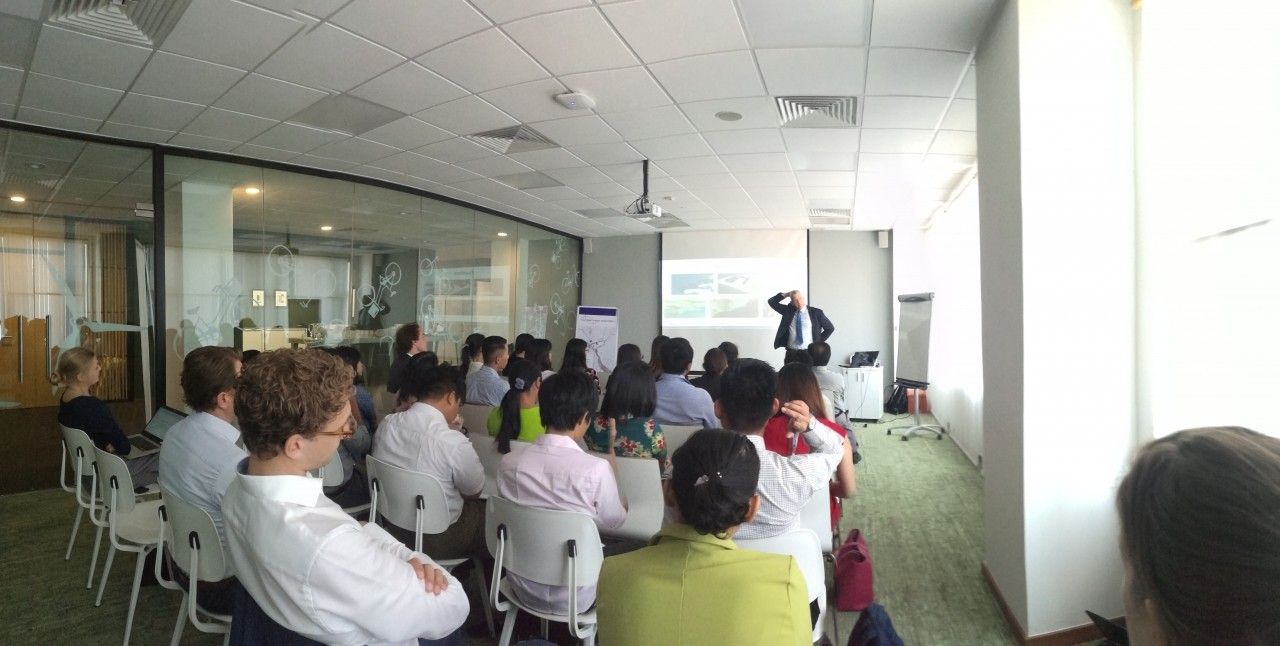 Prof Tiedo speaks on the Port of the Future

On 28th February, over 35 people gathered at the Embassy of the Kingdom of the Netherlands to hear Prof Tiedo Vellinga speaks on the Port of the future. After giving a short introduction on his background Prof Tiedo shared his experiences from when he had been closely involved with the development of a port expansion in the Netherlands. The Port of Rotterdam, the largest commercial port in Europe, was in need of further expansion. The project, called Maasvlakte II, was politically sensitive as local stakeholders and residents were opposing further industrialization of the area. To accommodate the port expansion a large natural area was planned to be lost.

With the audience, Prof Tiedo shared the new way of working regarding the Maasvlakte II, where the developers had to deal with a double aim. Not only to accomplish economic expansion but also to enhance the liveability of the area. Only that way would stakeholders surrounding the port and, in the hinterland, support the development.

Professor shared various examples of how everything regarding the design and preparations of the port was weighted against the standard of increasing liveability. He mentioned that in port development it is crucial to think ahead, about tomorrow. This means you also sometimes have to work around existing legislation, as the current legislation does not cover what you plan to do.
The presentation of the lecture can be downloaded below and get some photo impressions here. 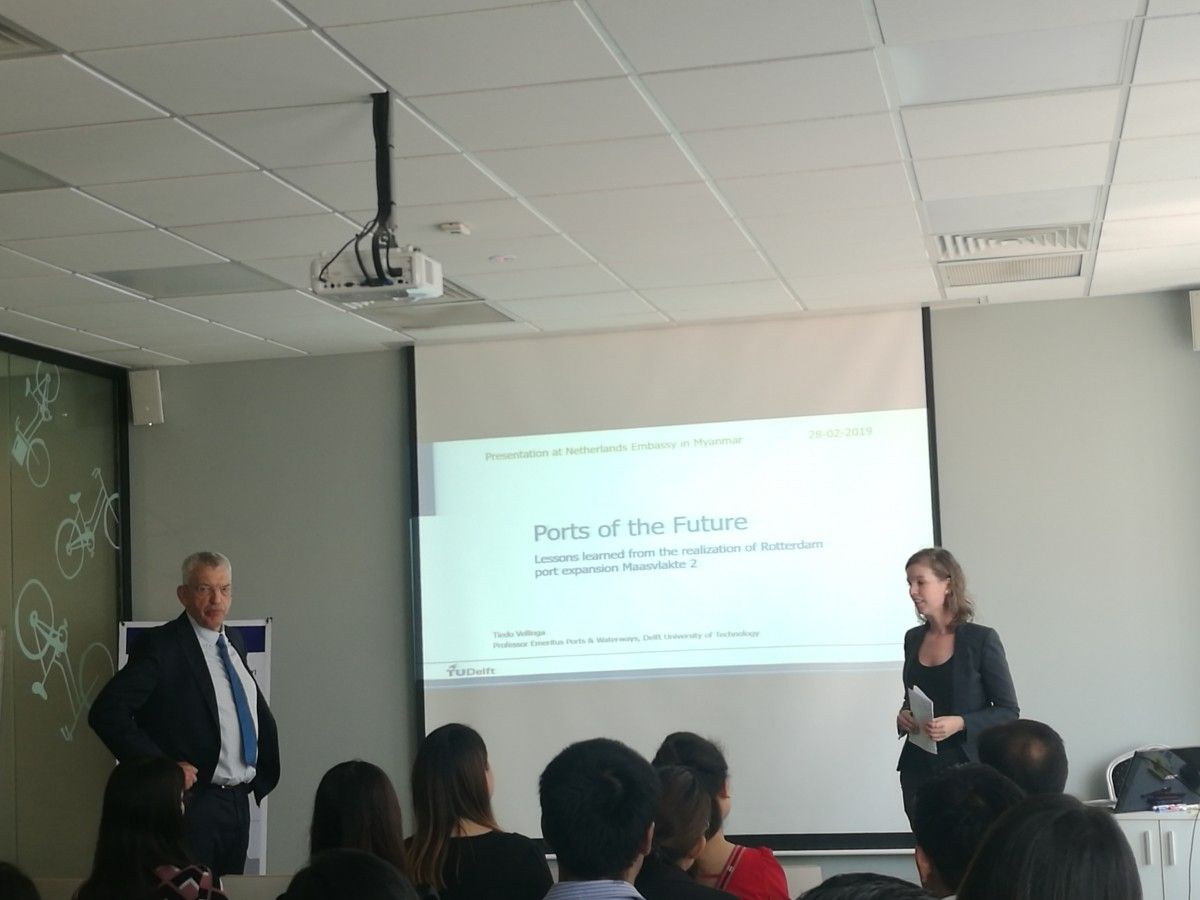 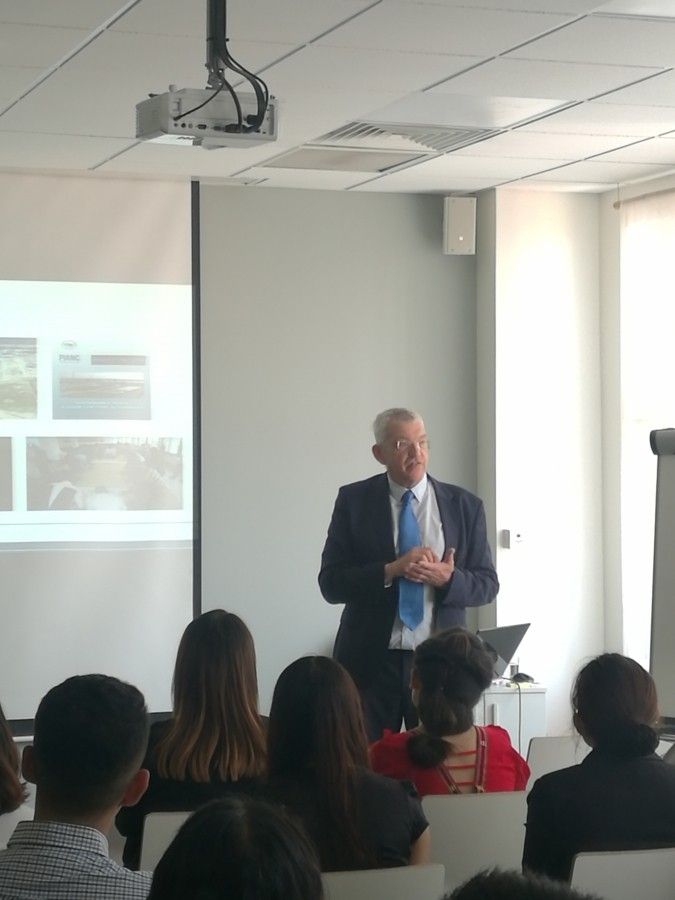 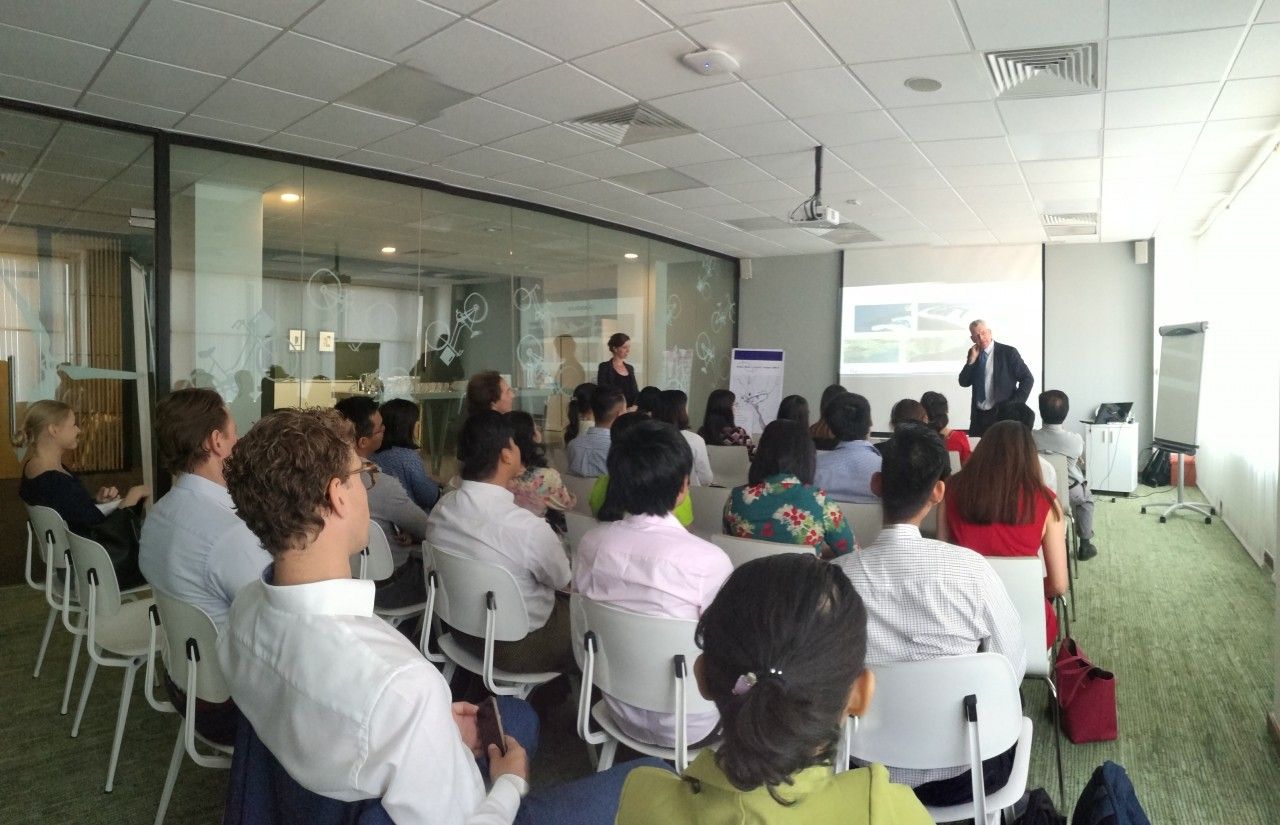 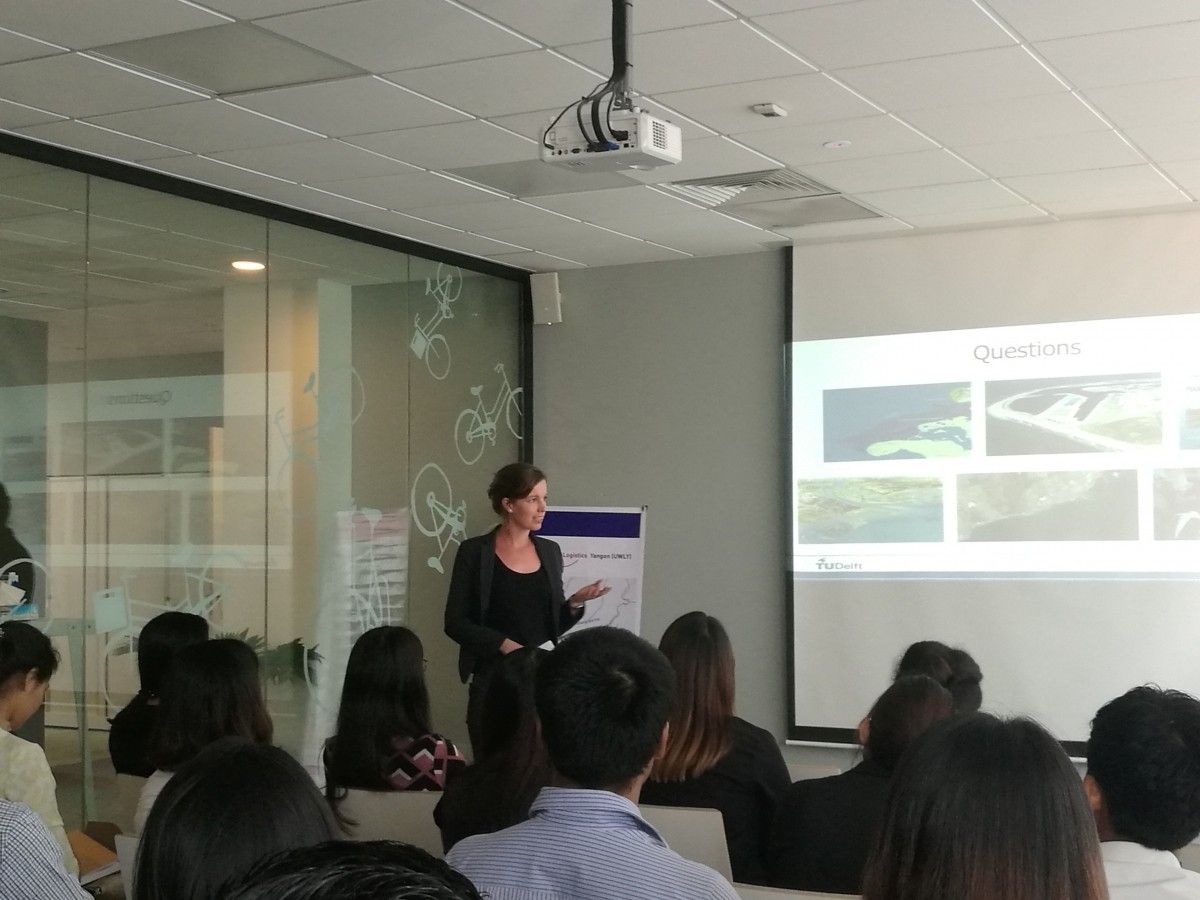 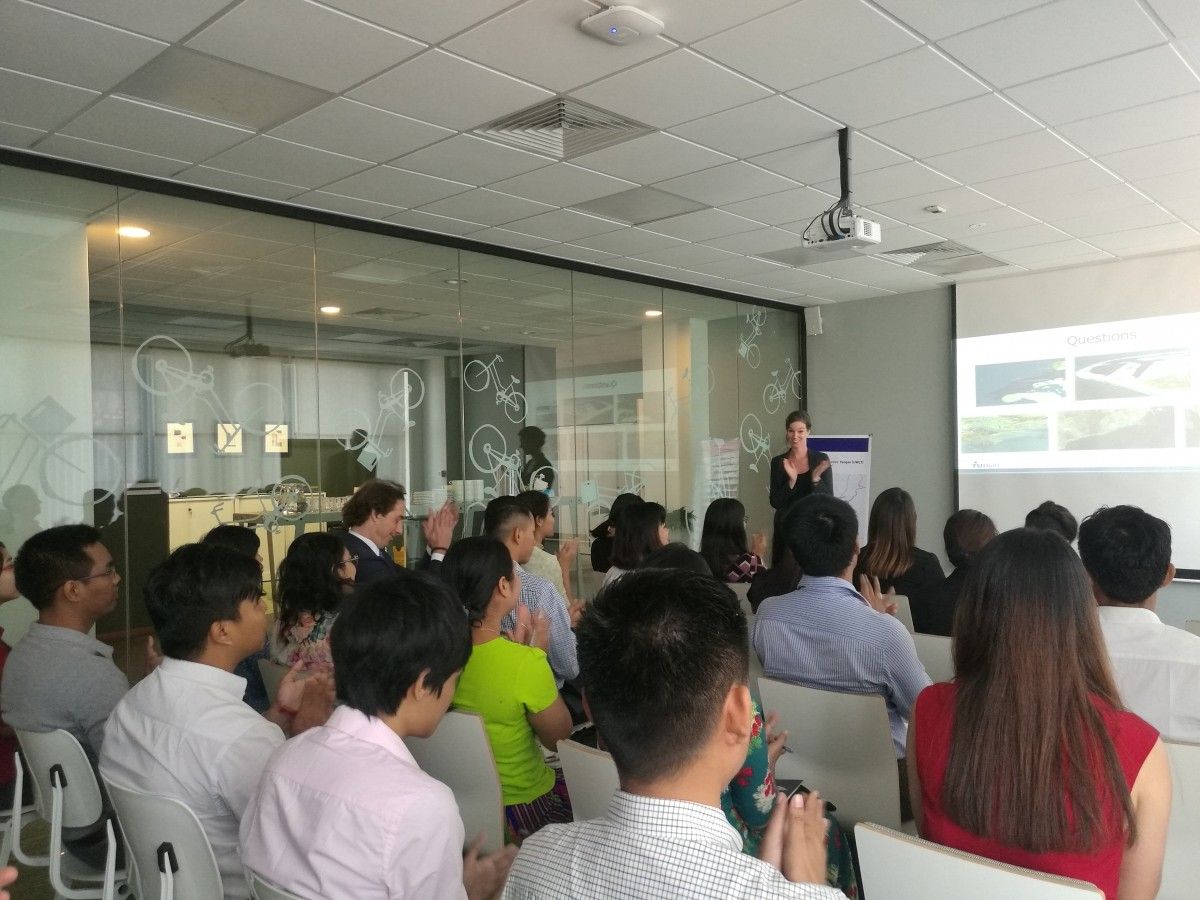 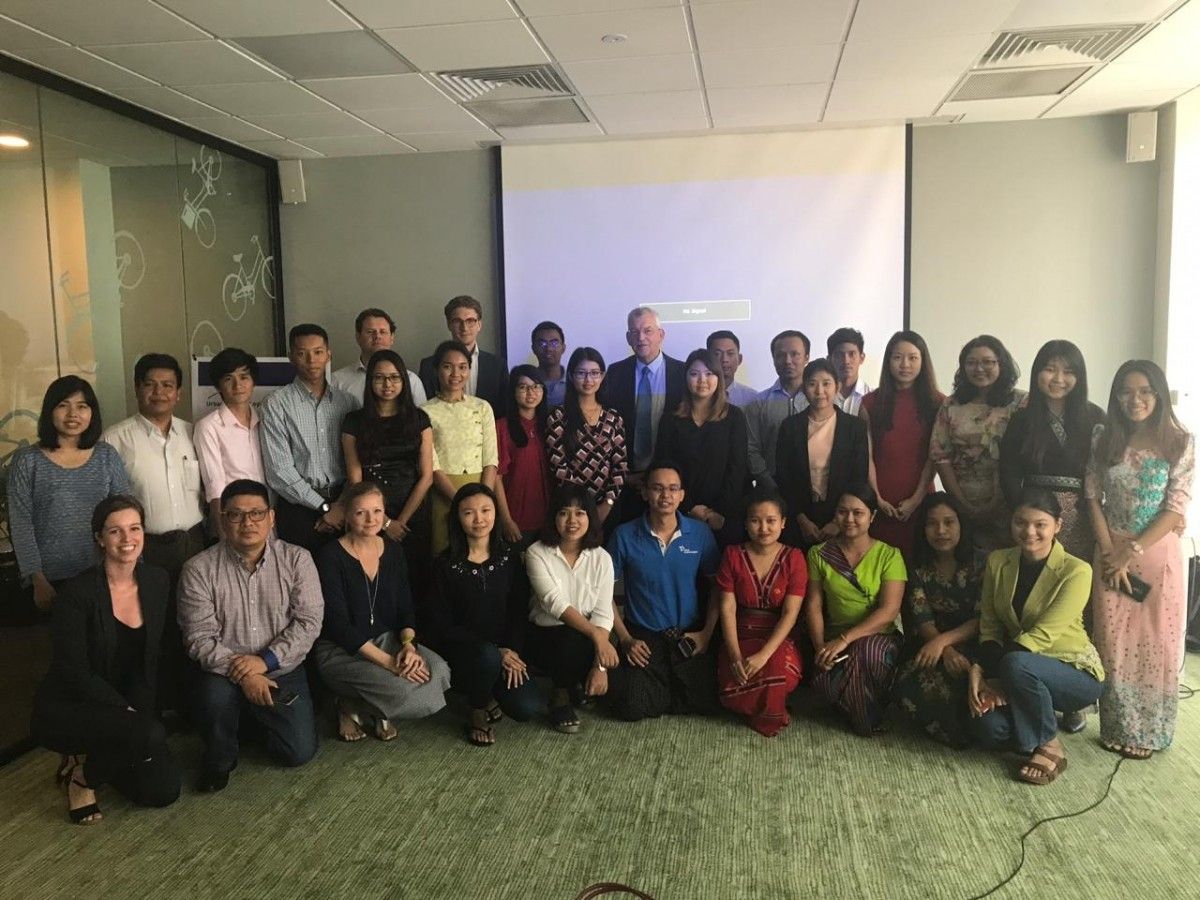 Prof Tiedo led a meeting with development partners in Myanmar in the afternoon of 28th February at the Embassy of the Kingdom of the Netherlands to discuss and the development of the Urban Water Logistics Developments of Yangon Region under the scope of Partners for International Business program. Representatives from the Embassy of the Kingdom of the Netherlands, World Bank, Agence Francaise de Development, USAID, DFID and The Water Agency attended and discussed what are the opportunities to collaborate each other, challenges and next steps for the development of Yangon water logistics. 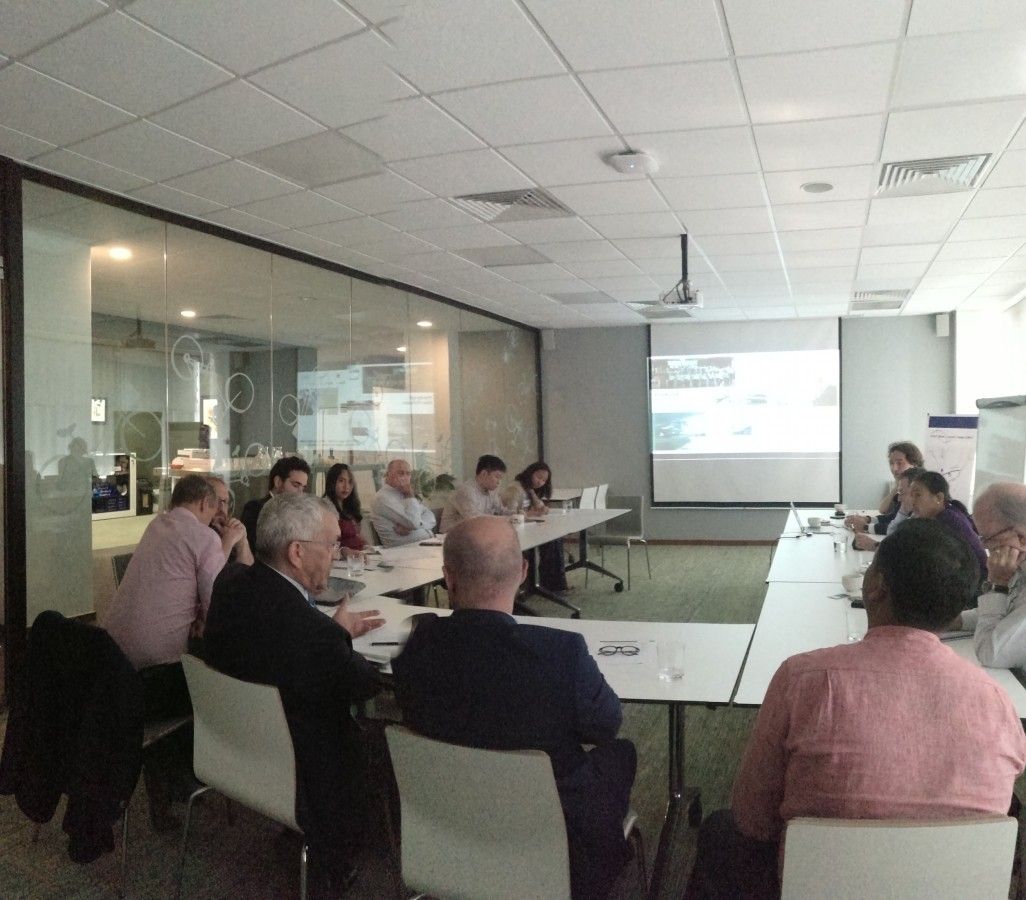