YCDC sees safe, potable water for all in Yangon City by 2021 Chlorination has been carried out at the Yegu Pumping Station in Yangon, since 1906. Thiri Lu, Aung Myin Ye Zaw and Aung Htay Hlaing/The Myanmar Times

​19 Nov 18 - Source: Myanmar Times - Potable tap water for all residents in Yangon city is expected to become a reality by 2021 as the current administration intensifies efforts to redevelop the country's economic capital.

U Zaw Win Aung, section head of the Engineering Department (Water and Sanitation) of Yangon City Development Committee, said that chlorination process has been used in the Ye Gu Pumping Station since 1906. Currently the chlorinated water from the station is provided to Kokkine Reservoir which provides water to Mayangone, South Okkala, Bahan and Yankin townships.

He said the department will establish chlorination systems in other water supply sources in the city so chlorinated water that meets World Health Organisation guidelines can be distributed.

Chlorinated water will be distributed throughout the city by the end of next year except in areas served by the Lagunbyin Water Treatment Plant, for which the distribution network will be completed in 2021. The Lagunpyin plant will provide water for Dagon Seikkan, South Dagon, North Dagon and East Dagon townships as well as the and Thilawa industrial zone. 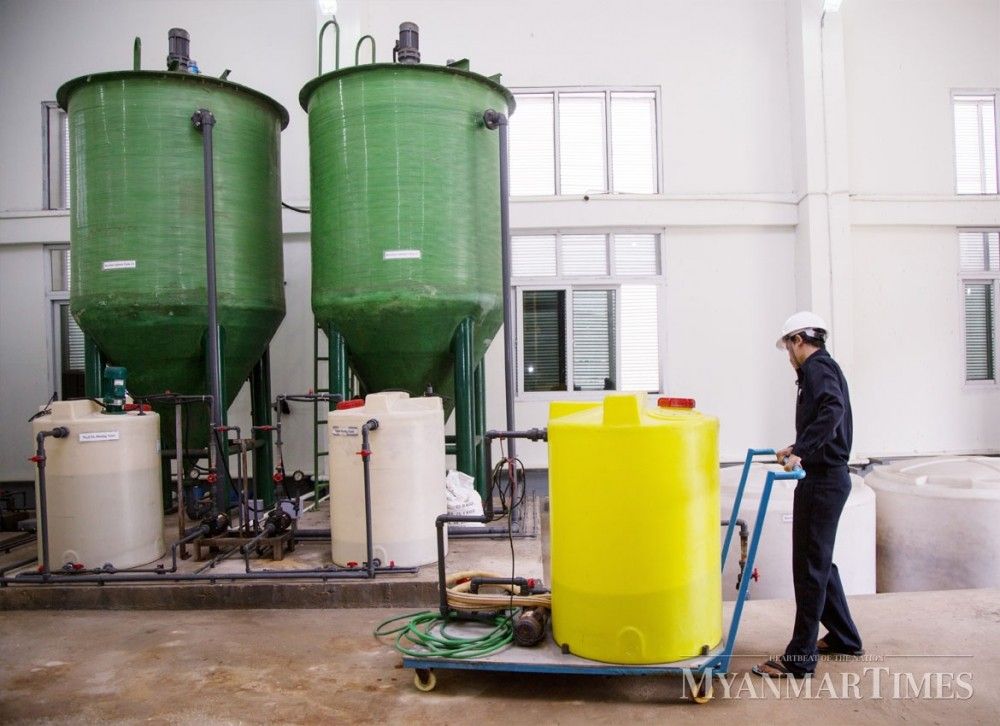 The YCDC is continuously monitoring the water quality of its water and so far, there is not much pollution in the city's water sources.

YCDC has called for continued efforts to raise public awareness to avoid activities that can pollute water sources, stressing that access to clean water is essential for the wellbeing of the city's residents.

U Zaw Win Aung underscored the need to have a healthy ecosystem around water sources. He said resource conservation zones are important and there should be public awareness to conserve these areas.

"We don't have water resource conservation laws yet. There is a need for collaboration with other government departments for an integrated approach to develop such law," he said.

Another urgent problem facing the YCDC water system is the vulnerability of its pipes to contamination. 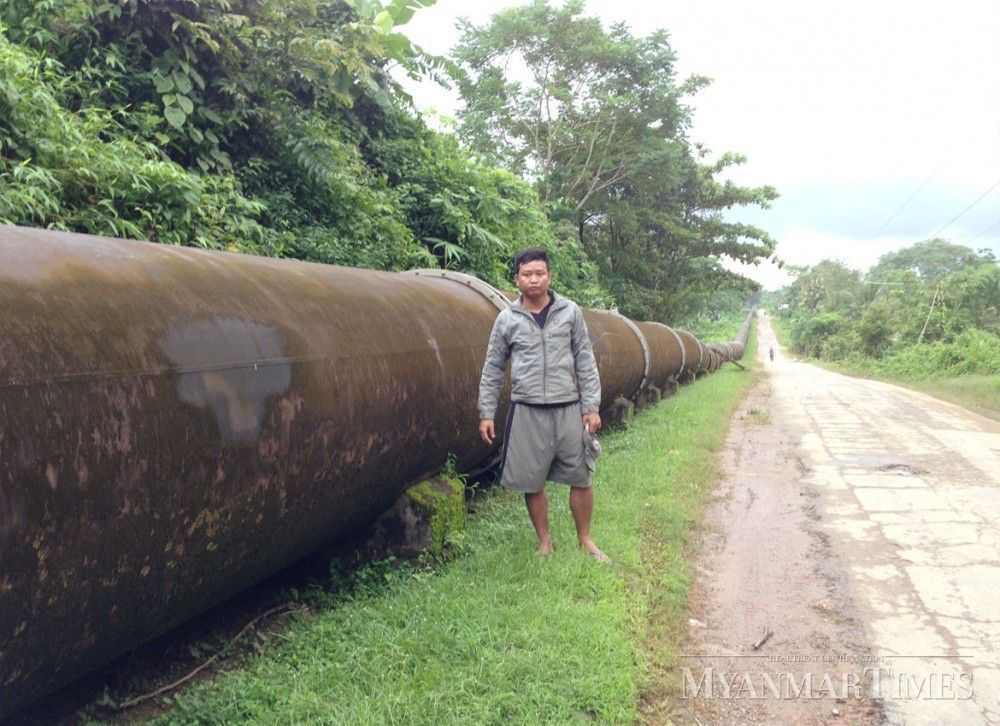 "Water pipes are laid together with drainage in some places although they should have been laid underground and there is high possibility for polluted water to contaminate water in the pipes. Broken pipes also lead to water leakage and become a gateway for water contamination. I would like to encourage public to contact the department if they see cases that can lead to contamination of pipe water," U Zaw Win Aung said.

He said that disposing plastic and rubbish systematically will also help to reduce urban flooding that is one of the causes of polluted pipe water. During rainy seasons drains clogged with plastics are the main cause of floods in the city.

The vulnerability of the city's water system to contamination is exacerbated by the fact that some of the water distribution pipes are already very old and need to be fixed but there are difficulties in allocating funding for the project.

"More international assistance and collaboration is needed in this area," U Zaw Win Aung said.

Ko Latt, a resident in Sayar San South quarter in Bahan Township, said that water from the YCDC has improved after pipes in the area were fixed about two months ago. 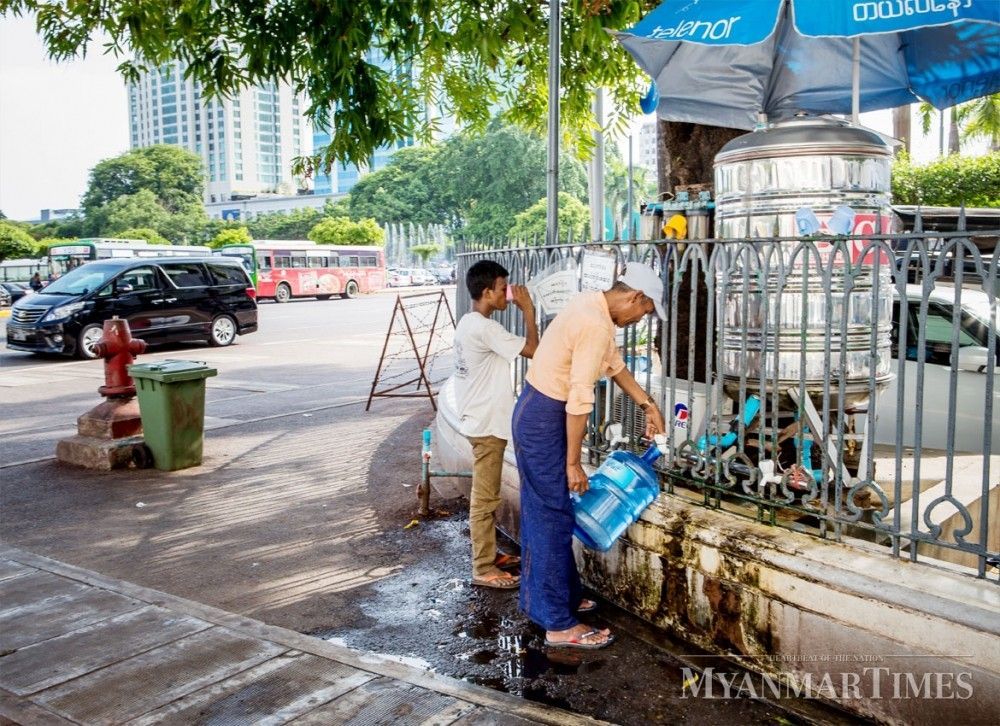 "Now we have 24-hour water access from YCDC water supply pipes. In the past, we collected water from YCDC only two times a day, in the early morning and late at night. The water quality has also improved. But I don't know if it is chlorinated or not. I can't smell chlorine in the water," he said, adding that before the water pipes in their area were fixed, the water smelled bad and was dark and had particles on it.

"We are using bottled water for drinking and for cooking, but even then we also suspect the quality of bottled water. We will be happy if we can drink water from YCDC's pipes. It will also save money we use to buy bottled water," Ko Latt added.

The problem of ageing water pipes has also created a bigger problem for the YCDC – non-revenue water, water lost to wastage and poor infrastructure.

"The efforts to reduce non-revenue water in Yangon, including fixing leaking pipes, will not only prevent water loss but will also improve the quality of tap water," U Zaw Win Aung said.

The YCDC distributes 932 million litres of water to 31 townships in Yangon city, which has an estimated population of 5.2 million people, but some 455 million lites is estimated to be wasted daily in the supply process because of faulty pipes. 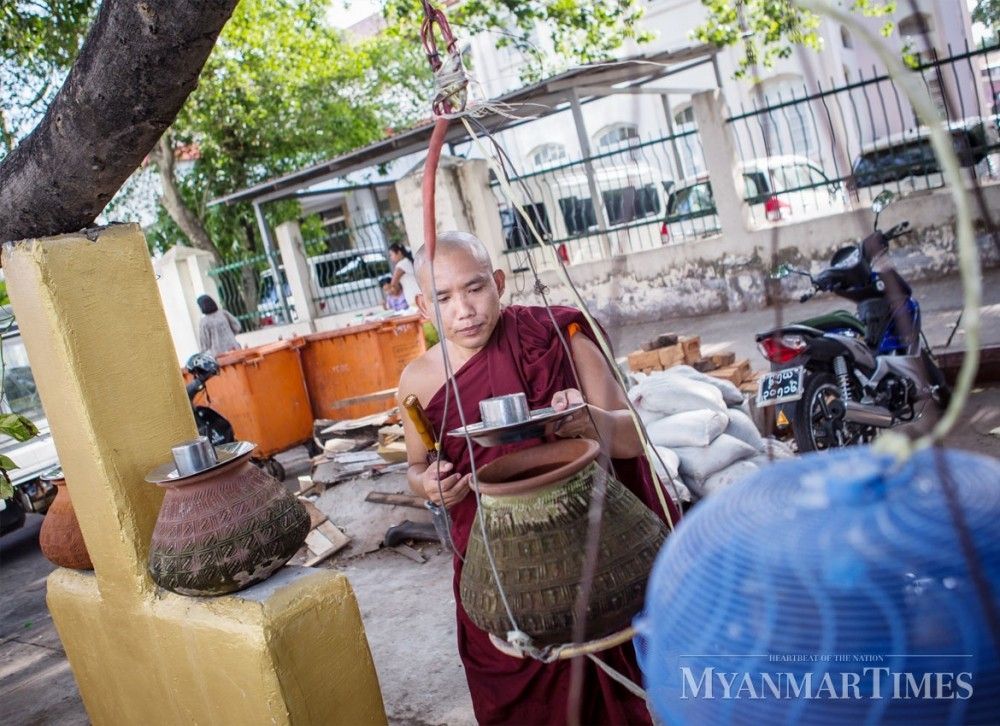 Yangon has the highest non-revenue water rate -- or water that does not go to the customers because of leaks or theft, among others – in the Southeast Asia region because of ageing water facilities, said U Myo Thein, deputy head of city's Water and Sanitation Engineering Department.

He said that at present the total water needs of Yangon is about 709 million litres per day and only around two million people get city water because of non-revenue water.

The YCDC is currently addressing the problem of non-revenue water with technical assistance from Japan International Cooperation Agency.

U Myo Thein said the YCDC is taking steps to reduce the rate, and pilot projects have been conducted in some townships in cooperation with development partners. It intends to reduce non revenue water to 35 percent in 2025 and to 15pc by 2040. By 2040, Yangon is projected to become a megacity with at least 10 million people.

He said the YCDC has to develop more water supply projects to meet water demand and improve the distribution, pressure, and quality of pipe water. 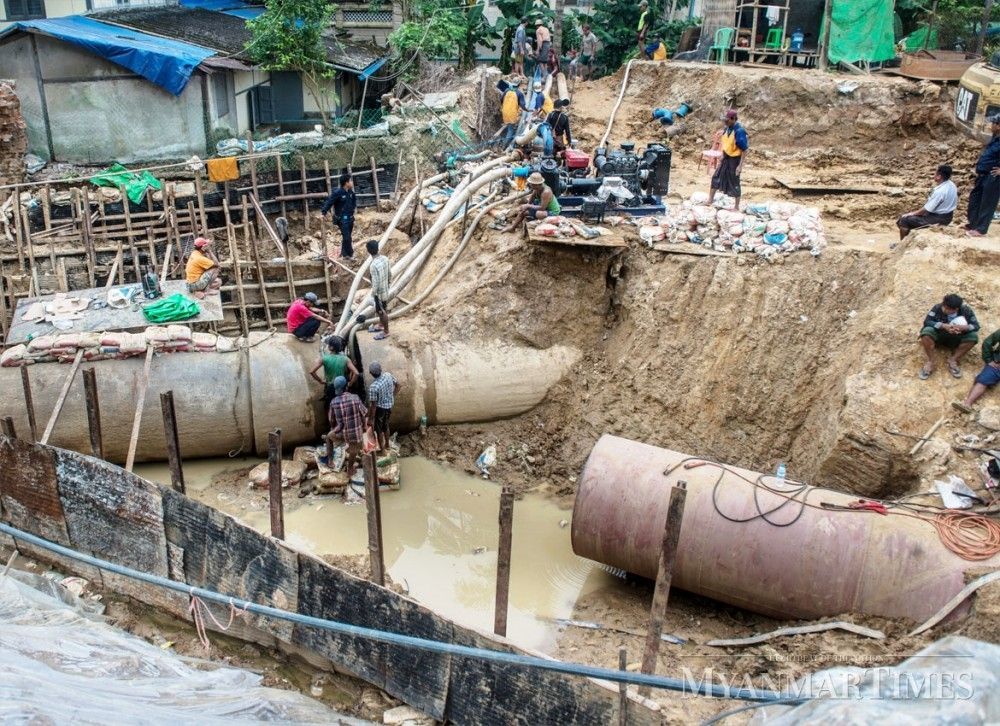 The city expects to supply enough water for two million people in this year, 4.1 million in 2025, and eight million in 2040.

U Phyo Min Thein, chief minister of Yangon Region, said the government expects the city to expand west of the Yangon River and water supply is one of the important factors in the future development of the city.

The YCDC is planning to tap the Kokowa and Toe rivers for the city's expanding water needs and intends to shut down ground water pumps by 2025.

Yangon's monsoon season starts in May and lasts until October, usually bringing a total of 2700 millimetres in annual rainfall.

Based on the Yangon Region's records, the YCDC spent over K64 billion (US$40 million) during the 2016-17 fiscal year, to supply water in the city.

Experts speak out on water and climate change